You will face health issues after collapse of Supertech tower, take these precautions 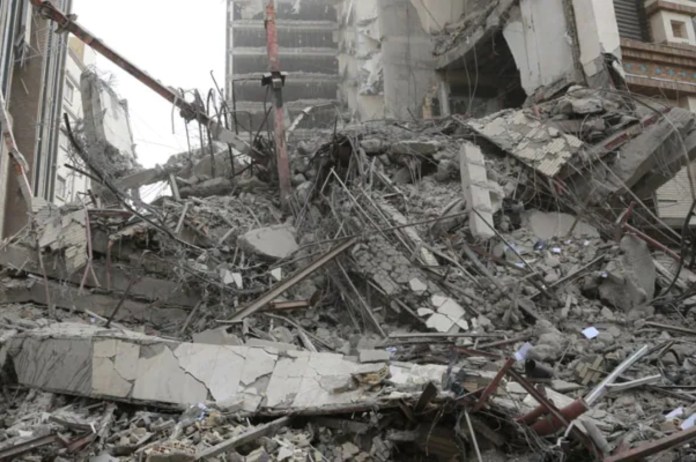 New Delhi: A cloud of dust will rise as soon as the twin towers of Supertech i.e. Apex and Cyan Towers will be demolished. Due to this, air pollution can increase up to five times. People will have to face health problems for the next 7 to 90 days.

What we can learn from past events
After the demolition of four towers Holy Faith H20, Alpha Sirene, Jain Coral Cove and Golden Kayaloram in Kochi and Maradu in Kerala in January 2020, people in the neighborhood had health problems for months. In this, people were troubled for several weeks due to headache, asthma, attacks, colds, phlegm and allergies.

75,000 tonnes of debris came out due to the fall of all the four towers. It took more than 70 days to remove it. After the demolition of the tower, the air pollution in the atmosphere had increased up to five times. Due to this the health of the people around was deteriorating.

During this, the administration had to organize a health camp. After the demolition of the tower, dust had accumulated on the empty space including the surrounding houses, trees, walls, parks. Dust used to enter people’s homes even when there was a slight breeze.

Dr. DK Chairman of Felix Hospital. He says that during the tower demolition process, people may have to face problems due to noise pollution and air pollution in the area of ​​10 to 15 km, but this problem will increase immediately after the collapse of the tower.
2.5 lakh tons of debris will come out of Apex and Cyan

After the demolition, 2.5 lakh tonnes of debris is estimated to be removed from Apex and Cyan Towers. Due to the demolition, the dust plume is expected to rise to a height of about 150 meters. To control this, water tender with automatic water sprinkler will be present. Whereas, how far the dust storm will go, it will depend on the speed of the wind.

Emerald Court Society and ATS Village Society will be most affected by this. Due to this, people suffering from respiratory diseases need to take special precautions.

How to protect
1 – wear a mask
2- Stay away from the surrounding area for some time
3 – Use air purifiers in homes
4 – Refrain from going out
5- Take medicine regularly (who are taking medicine for any disease)
6 – Use skin moisturizer
7- Use goggles to protect the eyes
8 – In case of irritation in the skin or eyes, immediately consult a doctor.

Important tips for nearby residents –
1. Keep your doors and windows closed at the time of demolition (2:30 pm).
2. You can plan to cover your AC unit.
3. You can plan to cover your vehicles, especially those parked in open parking.
4. Preferably turn off your AC until the dust settles just after the explosion.
5. Avoid going out of your flat/society for that period.
6. If you have to go out for some work, see the traffic advisory (attached).
7. Remove clothes etc. from balconies.
8. Cover the exhaust of the chimney.
9. Wear a mask to avoid shortness of breath during and after demolition
10. Last but most important, please do not panic and keep your patience in any situation. All
The team at Felix Hospital will stand on their feet 24×7 to deal with any odd situation.