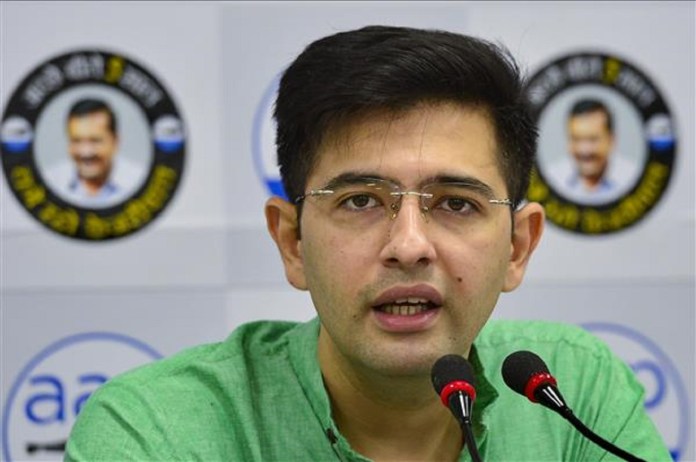 New Delhi: Taking a jibe at Congress party after its eight of 11 MLAs from Goa on Wednesday joined BJP, Raghav Chadha, Aam Aadmi Party (AAP) MP, said that ‘when you vote for Congress, you elect a future BJP MLA.’

“Operation Lotus fails in Delhi and Punjab, succeeds in Goa… Because when you vote for Congress, you elect a future BJP MLA,” said Chadha, adding that ‘Congress is over, resting in pieces.’

Notably, AAP has two MLAs out of 40 in Goa’s Assembly House. It is the third state where the party has presence other than the ruling party in Delhi and Punjab.

This leaves the Congress with three MLAs in the state.

Kejriwal claimed that 10 Punjab AAP MLAs have been approached by BJP.

“They are buying MLAs, breaking governments,” Kejriwal was quoted as saying by news agency PTI.

The AAP government has been accusing BJP of trying to bring down its government in Punjab by wooing its MLAs with money or threatening them by using Central agencies – Central Bureau of Investigation (CBI) and Enforcement Directorate (ED).

“Seven to 10 of our MLAs have been approached by the BJP directly or through their ‘agents’ in the two agencies in the past seven days”, state’s senior-most minister Harpal Cheema told mediapersons yesterday.

The finance minister also alleged that ‘Operation Lotus’ is now being launched in Punjab, which in the past has been tried in Delhi, Maharashtra, MP, Goa and Rajasthan.

“Our MLAs have been approached with offers of up to Rs 25 crore each to break away from the AAP.”