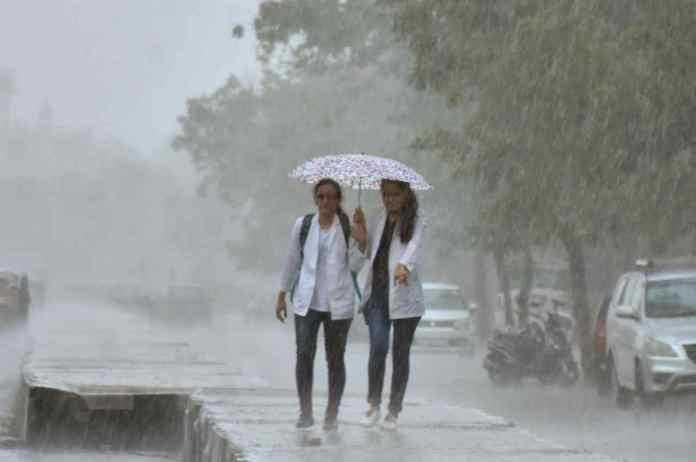 Weather Alert: Sawan month has passed and Bhado month is going on these days. Like Sawan, in the month of Bhado too, the mood of monsoon remains right and it is raining in different areas of the country. In this episode, the Meteorological Department has expressed the possibility of rain in many areas even today.

According to the Meteorological Department, there may be rain in many areas of Delhi-NCR even today. Actually South-West Monsoon is active over West and East Rajasthan. At the same time, the weather remains dry over North-West India. It is raining in many states of North India.

Heavy rain is likely in many areas of West Bengal, Odisha and Jharkhand today. On the other hand, there is a possibility of rain in some areas of Kerala, Tamil Nadu and Andhra Pradesh. Rain is also expected in Rajasthan, Uttar Pradesh, Haryana and Uttarakhand.

According to private weather forecasting agency Skymet Weather, it may rain in parts of Odisha, Chhattisgarh, Madhya Pradesh, Rajasthan, Assam and Arunachal Pradesh today. There is also a possibility of rain in Jammu and Kashmir, Himachal Pradesh and Uttarakhand. Along with this, there is a possibility of rain in some parts of Delhi, Punjab, Haryana, Uttar Pradesh, Jharkhand, Bihar.

Rain is also expected in Gujarat, Konkan and Goa today. It is being told that due to the formation of a new weather system, heavy rain may occur in parts of Odisha, Jharkhand and Bengal. According to the Meteorological Department, a new low pressure area is likely to form in Odisha.