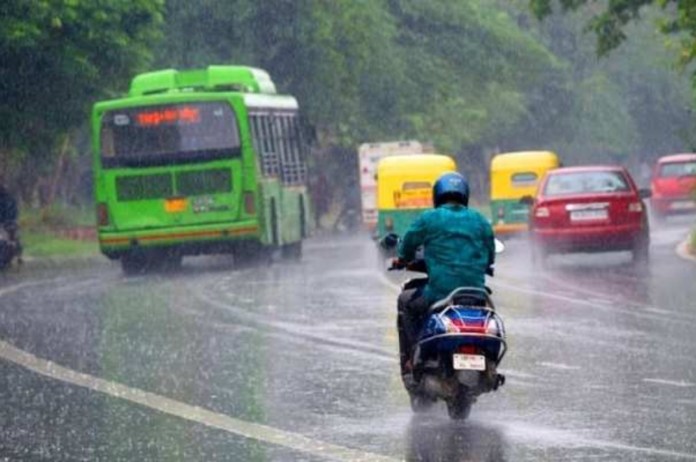 New Delhi: Before the return of monsoon, clouds are raining heavily in many states of the country. Many states including Delhi, UP, Madhya Pradesh are witnessing rain. The process of rain which started in the country’s capital Delhi on Thursday morning, will continue on today (Saturday), September 24 as well. Due to incessant rains in Delhi, people are facing a lot of trouble due to water logging at many places. At the same time, Gurugram in Haryana is also in bad condition due to rain. According to the Meteorological Department (IMD), the weather in Delhi is going to be like this for a few days.

According to the forecast of the Meteorological Department, in Delhi today, on September 24, the minimum temperature will be 22 degrees Celsius and the maximum temperature will be 27 degrees Celsius. At the same time, there is a forecast of very heavy rain with cloudy sky in Delhi today. There is a possibility of moderate rain in Delhi on September 25 as well.

UP: How will the weather be today?

The reason for the heavy rains in the national capital and its adjoining areas is two different weather systems. The first is the formation of a Low Pressure Area, in which the Cyclonic Circulation lies over North-West MP/South-West UP and is reaching East to West UP, South Haryana and Delhi NCR. At the same time, the second reason is the formation of a western disturbance system. This system is preventing the low pressure area from moving westwards.

Odisha Minister who was shot by cop like Indira Gandhi, succumbed to injuries