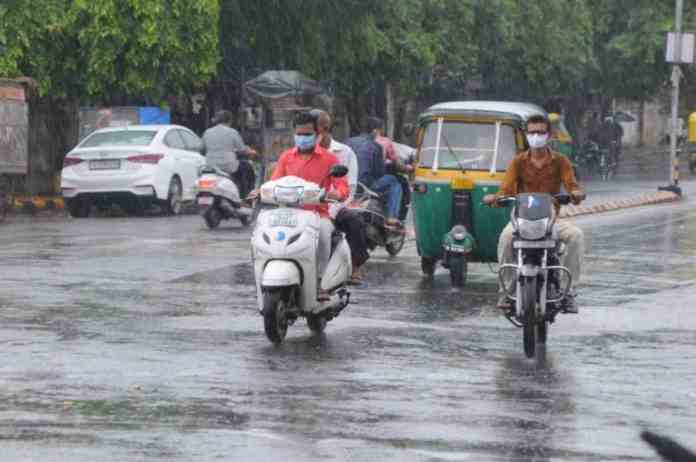 Weather Alert: Monsoon is in its second phase in the country these days and it is raining heavily in many areas. Due to this rain, the rivers are in spate in many places and the situation of flood has become. Meanwhile, the Meteorological Department (IMD) has predicted rain activities to continue in many parts of the country for the next few days.

Due to the pressure area formed over the Bay of Bengal, rain is likely to continue for the next two to three days in many neighboring areas including Odisha, West Bengal, Jharkhand. In the alert issued by the Meteorological Department, fishermen have been advised not to go into the sea till August 11.

The Meteorological Department has issued a red alert for heavy rain today and tomorrow in Chhattisgarh, Gujarat, Madhya Maharashtra, Marathwada, Konkan and Goa. On the other hand, there is a possibility of heavy rain in Madhya Pradesh and Saurashtra today. Whereas Chhattisgarh and Vidarbha are also expected to receive heavy rains for the next two days. There is also a rain alert in Telangana, Coastal and North Karnataka, Coastal Andhra Pradesh and Kerala.

According to Skymet Weather, a private weather forecasting agency, there is a possibility of light to heavy rain in many areas of Odisha, Chhattisgarh, parts of Telangana, Madhya Pradesh, Maharashtra, South-East and South Rajasthan, Gujarat.