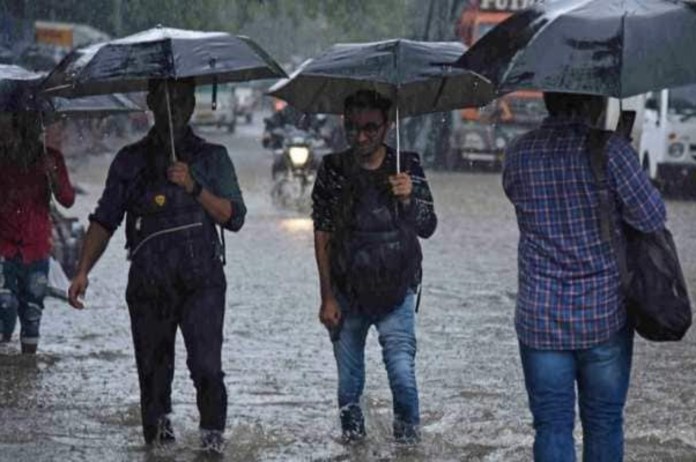 New Delhi: Monsoon conditions have been weak in many states of the country, but now with the monsoon becoming active once again, rain activities are increasing. There is a drought situation in some states of North India. So far, 62 more districts of Uttar Pradesh have received less rain than the average. According to the Meteorological Department, many states including Uttarakhand, Odisha, Bihar, Delhi and Uttar Pradesh have issued a warning of light to moderate rain while in some places for the next 3-4 days.

Yellow alert for rain in Uttarakhand

Uttarakhand Meteorological Department has issued a yellow alert in view of heavy rains for the coming four days. According to IMD, there are chances of heavy rains in five districts including Dehradun. Apart from this, heavy rain and thundershowers are likely to occur at isolated places over Chhattisgarh, Vidarbha and East Madhya Pradesh.

Chance of rain in these places

This is the condition of monsoon

According to weather forecasting agency Skymet, the Monsoon trough is now passing through the center of depression over Naliya, Ahmedabad, Akola, Ramagundam, South Odisha and then east-southeastwards towards East Central Bay of Bengal. A Cyclonic Circulation is persisting over Arabian Sea off South Maharashtra and Goa coast. The wind shear zone is running between 3.1 and 7.6 km above mean sea level over the southern peninsula with a latitude of about 16 degrees north.

According to weather forecasting agency Skymet, during the next 24 hours, moderate to heavy rains are possible in some parts of Odisha and Gangetic West Bengal. Light to moderate rain with isolated heavy rain is likely over Chhattisgarh, Madhya Pradesh, parts of Telangana, Vidarbha, Konkan and Goa, Madhya Maharashtra, Gujarat, Jharkhand, South Bihar, Uttarakhand and Coastal Karnataka.