Weather today: Christmas to get chillier in north India, mercury to dip further 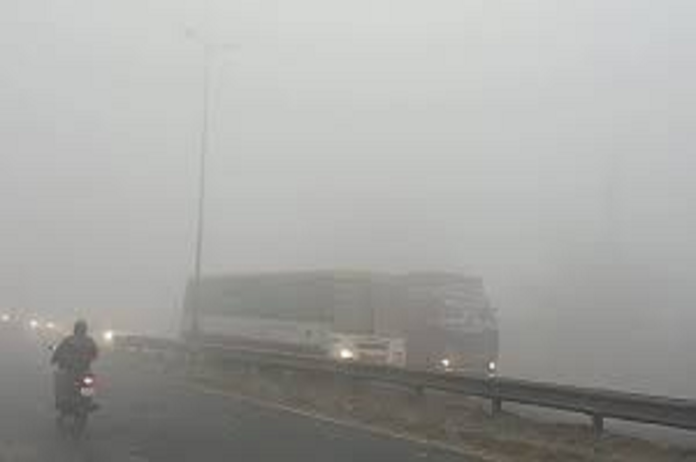 Weather today: Christmas is round the corner and December is on the peak of excitement. Everyone is swinging on the tune of Christmas carol. While winter is also in a mood of displaying its chilled flavor to the people. Dense fog has already enveloped the entire northern region and outbreak of cold wave is at its peak in North India including Delhi-NCR. Meanwhile, rain is predicted in many parts of the country on Friday. There are chances of rain at many places in South India on Friday.

According to the Meteorological Department (IMD), there is a possibility of rain along with snowfall in the mountains of Gilgit-Baltistan, Muzaffarabad, Ladakh, Jammu-Kashmir, Himachal Pradesh and Uttarakhand for the next few days. In the Himalayan regions, the temperature has gone down to minus. The water has turned into ice in many places. Due to which people are facing huge difficulties.

On the other hand, due to the cold winds blowing from the mountains, the situation is continuously getting worse due to the cold wave in the plains. Mercury is rapidly falling in many states including Jammu-Kashmir, Himachal Pradesh, Uttarakhand, Punjab, Haryana, Rajasthan, Madhya Pradesh, Delhi, Uttar Pradesh, Bihar, Jharkhand. Alam is that in the fourth week of December itself, the havoc of frost is at its peak. Due to this the difficulties of the people have increased.

Along with this, fog have also increased the difficulties of the people. Due to mist and fog, visibility at many places in the morning has reduced to less than 100 metres, affecting traffic. Long distance trains are also being hit the most by the fog. Trains are also getting delayed due to fog. Due to this the passengers had to face problems.

According to private weather forecasting agency Skymet Weather, dense fog may continue in parts of central Pakistan, Punjab, Haryana and Rajasthan. Cold day conditions are expected in parts of Punjab, Haryana and North Rajasthan. On the other hand, one or two moderate rains may occur over the coastal areas of Tamil Nadu. The weather will remain dry in the rest of the country.