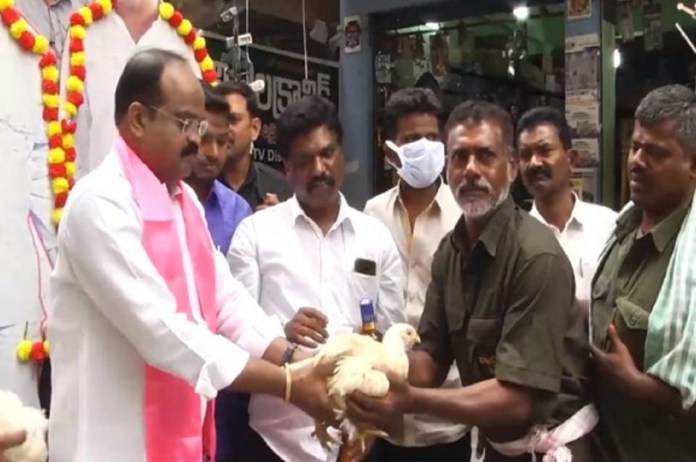 Srihari put up a big poster of KC Rao in the middle of the road and can be seen distributing chicken and liquor bottles.

CM & TRS supremo KC Rao will announce his much-awaited national party on October 5 at 1.19 pm on the occasion of the auspicious Vijay Dashami festival.

According to sources, KCR has called a high-level party meeting tomorrow afternoon in regards to changing the name of TRS. The meeting will be attended by the heads of the party’s district units in Telangana apart from cabinet colleagues.

On October 5, at 11 am, the party will discuss the matter at a meeting of MLAs, MPs and office bearers at all levels.