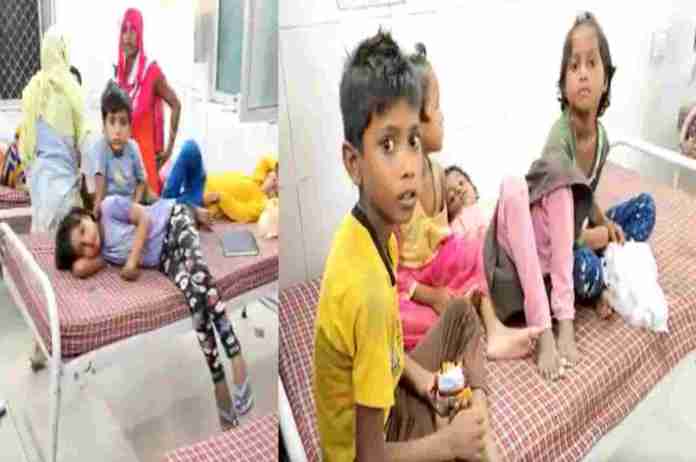 Aligarh: Nearly 50 students were admitted to hospital allegedly after they received vaccination jab forcefully by a government school in Uttar Pradesh’ Aligarh.

As per media reports, around 150 students were locked in a government primary school where they given vaccine jab forcefully. After which, health condition of one third of the student started deteriorating.

They were immediately rushed to the CHC after they complaint of stomach ache, vomit and high fever.

When the kids were enquired, they alleged that the school had locked them up in a room and even beaten them to get the vaccine dose.

In UP’s Aligarh, at least 30-40 children were admitted to hospital as their condition deteriorated after vaccination at a govt primary school. Parents allege the the children were locked in the primary school and vaccinated without the consent of their respective families. pic.twitter.com/SoVJGBEitr

One of the parents said that he took his kid to hospital when the child complained of high fever after returning from school. The parent said he was clueless about the vaccine.

Meanwhile, the CHC incharge said the kids were given vaccine dose of TD and DTP under a campaign for booster dose. He said the side effects are normal and parents have been told precautionary measures.

Reacting to a post, the Aligarh Police made a clarification saying that all the children are healthy. Only three kids have complaint of pain at the spot where the vaccination was given.