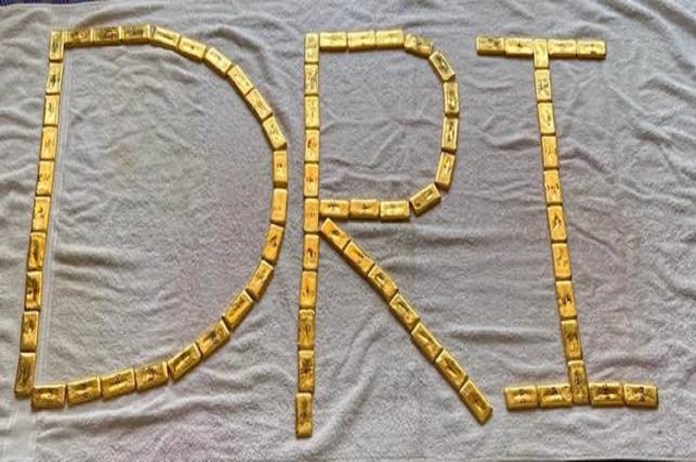 New Delhi: In a major catch, the Directorate of Revenue Intelligence (DRI) has seized 394 pieces of foreign origin gold bars – weighing around 65.46 kg & valued at Rs 33.40 crore – which were being smuggled from neighbouring north eastern countries, Ministry of Finance said in a statement on Wednesday.

In order to interdict the contraband, “Op Gold Rush” was launched by DRI and a particular consignment declared to contain ‘Personal Goods’ destined to Mumbai was intercepted, the statement added.

Examination of the consignment at Bhiwandi (Maharashtra) on Monday (19th Sept) led to recovery and seizure of 120 pieces of foreign origin gold biscuits – weighing approximately 19.93 Kg – and are valued at about Rs 10.18 crore.

The second consignment was located and intercepted in Bihar.

Similarly, the third consignment was intercepted and examined at the Delhi hub of the logistics company which led to recovery and seizure of 102 pieces of foreign origin gold bars – weighing approximately 16.96 kg – and valued at about Rs 8.69 crore.

According to the Ministry of Finance, a total of 394 foreign origin gold bars weighing approximately 65.46 Kg and valued at approximately Rs 33.40 crore were recovered and seized in multi city operations.