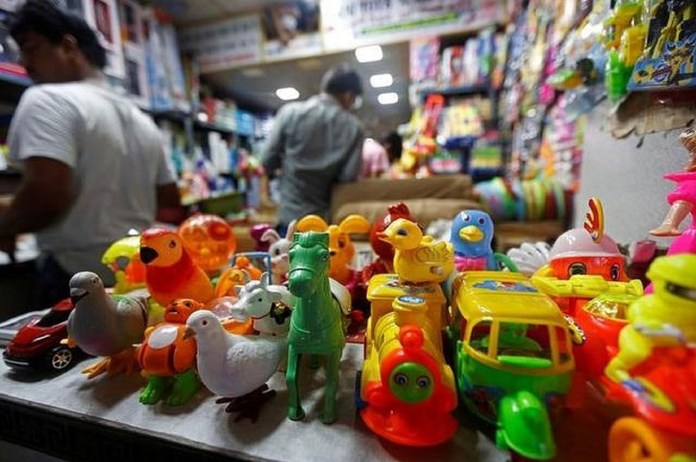 In a written reply in Lok Sabha on Thursday, Union Minister of State for MSME Bhanu Pratap Singh Verma said the government has taken several steps to restrict import of sub-standard and unsafe toys and to promote domestic toy industry. As a result, the volume of import of toys into the Indian market has shown a consistently decreasing trend.

“Under Prime Minister’s Employment Generation Programme (PMEGP), margin money assistance upto 35% of the project cost is being provided for the unit costing upto Rs. 50 lakh for manufacturing sector and Rs. 20 lakh in the service sector,” he said.

Under the Scheme of Funds for Regeneration of Traditional Industries (SFURTI), assistance is provided for creation of Common Facility Centres with latest machines, design centres, skill development, etc, the minister said, adding that a total of 19 Toy Clusters have been approved under the scheme benefitting 11749 artisans with an outlay of Rs 55.65 crore.