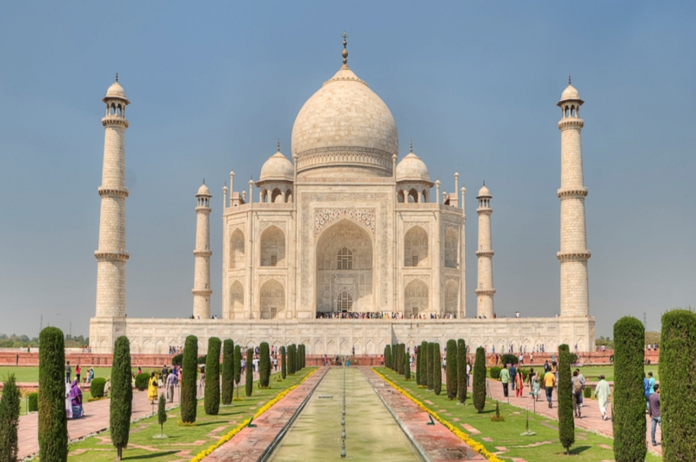 New Delhi: The Supreme Court has directed the Agra Development Authority to immediately stop all commercial activities within a 500-metre radius from the peripheral wall of the Taj Mahal.

According to the news agency ANI, a bench of Justices Sanjay Kishan Kaul and AS Oka told the Agra Development Authority to ensure the compliance with its order to immediately clear the 500-metre radius of the Taj Mahal of all commercial activities.

The top court, in its order, said: “We allow the prayer that reads — Direct the Agra Development Authority to remove all business activities within 500 meters from the boundary/peripheral wall of the monument Taj Mahal which shall be in tune with Article 14 of the Constitution of India.”

The ruling from the apex court came while hearing an application seeking direction to the authorities to prohibit commercial activities within the 500-metre radius of the UNESCO World Heritage Site.

The 500m-radius of the 17th-century white marble mausoleum is a no-construction zone. Besides, there are also strict regulations on vehicular movement around the monument.

According to the report, the application was filed by a group of shop owners who had been allotted an area outside the 500-metre radius to run their businesses.They told the court that illegal business activities are being carried out near the Taj Mahal, which is in gross violation of the previous orders of the top court.

Following public interest litigation by environmentalist MC Mehta in 1984, the apex court has been monitoring developments in the area to protect the Taj Mahal, built by Mughal emperor Shah Jahan in the memory of his wife Mumtaz Mahal in 1631.

Under the orders of the Supreme Court, a Taj Trapezium Zone (TTZ) was established on December 30, 1996 to protect the monument from environmental pollution. The TTZ is an area of about 10,400 sq km spread over the districts of Agra, Firozabad, Mathura, Hathras and Etah in Uttar Pradesh and Bharatpur in Rajasthan.