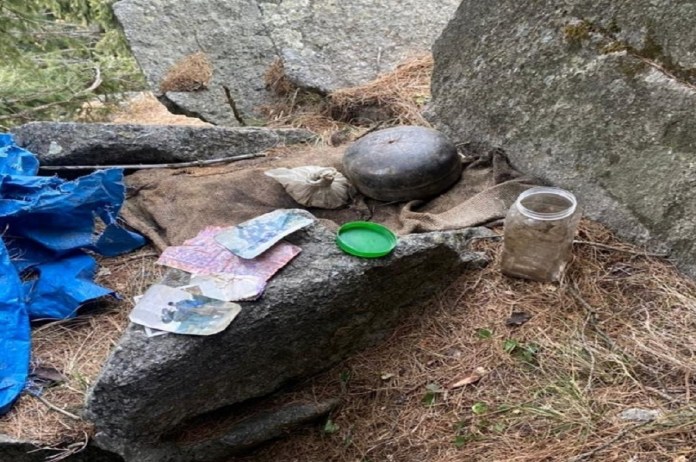 Police said that an IED weighing approximately 15 kg was recovered during a patrol launched on specific inputs.

“IED-like material weighing around 15 kg in a cylindrical shape, 300-400 grams of RDX, seven cartridges of 7.6 mm, five detonators, one coded sheet, one letter pad page of banned terrorist organisation LET in Basantgarh area of District Udhampur, one suspect has also been detained,” the police said in a statement.

A case has also been registered under sections of the Unlawful Activities Prevention Act (Act) and the Explosive Act in the Basantgarh Police Station.

Besides, police also recovered a sheet with coded signs and a blank page with markings of the banned terrorist organisation, LeT, the officials said, as reported by news agency PTI.

They said a suspect has been detained by the police in connection with the recovery of the explosive material.

An investigation into the matter is underway. Further information is awaited.