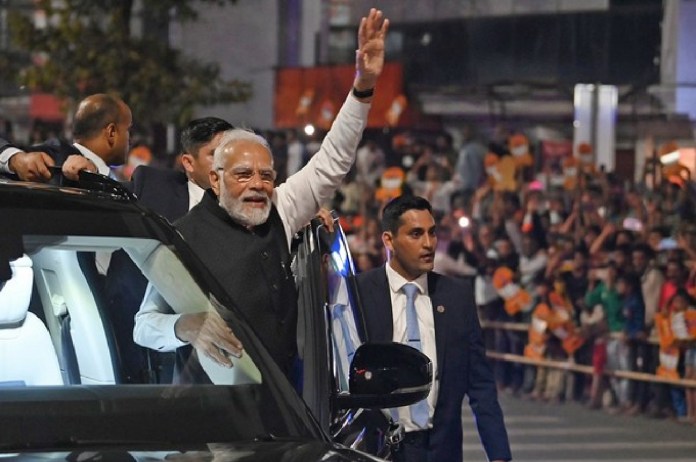 New Delhi: Prime Minister Narendra Modi on Monday has started his roadshow in the national capital on the day the Bharatiya Janata Party (BJP) held a key meeting which will continue for two days.

Union Minister, Home Minister Amit Shah, Chief Ministers of BJP ruled states and other senior leaders of the party will attend the program along with BJP National President JP Nadda.

Vehicular movement is likely to be affected in some parts of Delhi and special traffic arrangements have been made to facilitate traffic, Delhi Police said.