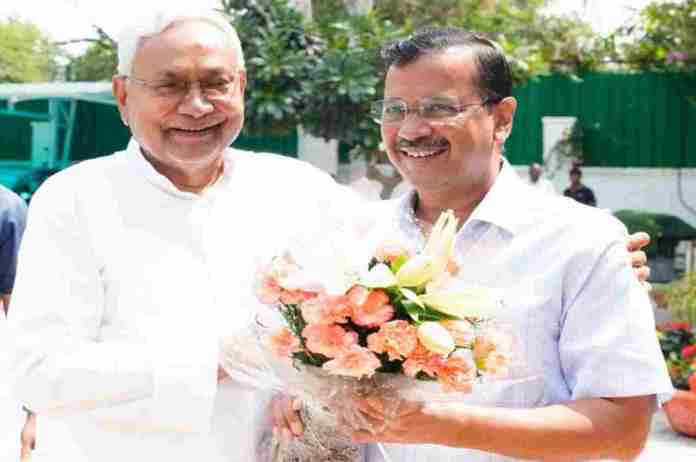 While taking to Twitter handle, Aam Aadmi Party (AAP) supremo Arvind Kejriwal wrote, “Many thanks to Nitish ji for visiting my house. Many serious topics related to the country were discussed – education, health, Operation Lotus, openly buying MLA’s by these people and bringing down the governments elected by the people, increasing autocratic corruption of BJP governments, inflation, unemployment.”

While talking to the reporters, Yechury said, “We welcome that he (Nitish Kumar) came to this office once again. This is a positive sign for the politics in the country. Opposition parties have to save the country and Constitution, together.”

It is worth noting that the Bihar CM who had recently broke up ties with National Democratic Alliance (NDA) in the state, is on a visit to Delhi to unite the Opposition. His visit aimed at defeating BJP in the Lok Sabha Polls 2024.

While addressing media, Kumar also said that he has no aspiration to become Prime Minister. “I am not even a claimant, I don’t even desire it,” he said.