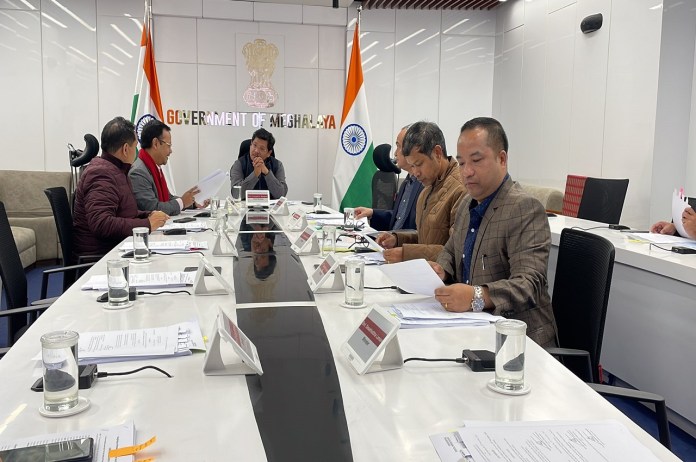 New Delhi: The Meghalaya Cabinet on Tuesday approved a proposal to set up police outposts at seven locations, including the violence-hit Mukroh village, along the state’s boundary with Assam.

The development comes after six people died in the violence that broke out on November 22 along the interstate border.

The Cabinet approved the proposal for setting up seven BoPs across the Khasi Jaintia Hills region. Of these outposts, two will be erected at Mukroh and Tihwieh villages along the interstate border in West Jaintia Hills district.

The existing BoPs in Patharkhmah and Kyrshai will be upgraded to police stations, Meghalaya Chief Minister Conrad K Sangma said, as reported by news agency PTI.

“We will ensure that swift action is initiated for their function with adequate manpower and infrastructure to be created for the same,” the Meghalaya CM tweeted.

We will ensure that swift action is initiated for their function with adequate manpower and infrastructure to be created for the same.

He also said the Cabinet gave its go-ahead to turn the police camp in Athiabari into a border outpost. This will be in addition to the seven proposed BoPs. According to the CM, expenses for operating each of the seven BoPs will be around Rs two crore annually, as reported by PTI.

As several Cabinet members had suggested setting up BoPs in the disputed areas of Block-II of Ri Bhoi district, the CM said the matter will be “reviewed” in consultation with local communities.

Sangma said his government also asked Director General of Police LR Bishnoi to pay a visit to certain villages in the disputed border areas of Block II and submit a report.

(With input from PTI)