‘Medical Emergency’ in Delhi as many complain of pneumonia, chest infections: Experts 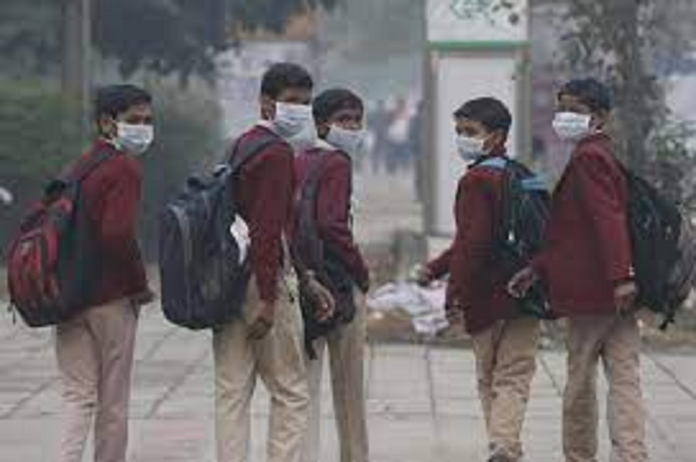 New Delhi: The national capital’s air quality remained “extremely poor,” and Noida’s air quality was “severe.” Many people have reportedly been brought to the ICU after experiencing chest infections and pneumonia.

Health professionals described the issues brought on by the increase in pollution as a “medical emergency.” “People are being impacted by the short- and long-term effects of the pollution, making this a medical emergency. When your lungs come into contact with this air, you feel the effects right away “Dr. Arvind Kumar, the director of the Institute of Chest Surgery at Medanta Hospital, said on Wednesday.

According to Dr. Kumar, as soon as smoke enters the chest, it immediately produces acute inflammation in the lungs and windpipe, which is followed by the harmful compounds being absorbed from the lungs and entering the blood. He said, “They then spread from head to toe, impacting every organ.”

He added that the hospital’s finding of a sizable number of patients complaining of pneumonia and chest illnesses is proof that pollution levels are at their highest.

According to him, painful throats and eyes, burning in the eyes, red eyes, watering eyes, dry-itchy eyes, burning sensations in the nose, and a metallic taste on the lips are the most frequently reported effects of pollution.

The chairman of Medanata went on to discuss the long-term effects of pollution on a child’s brain, claiming that it might cause them to become “hyper-irritable.”

“Children who experience long-term brain damage become extremely agitated. I believe it to be neuro-inflammation brought on by the pollutants’ poisons. It can ten times the risk of stroke in elderly persons “explained him.

According to data released by System of Air Quality and Weather Forecasting and Research (SAFAR) India earlier this morning, Gurugram’s AQI was 346 and in the “very poor” category, while Noida’s AQI dropped to 406 and remained in the “severe” category. Both cities are parts of the national capital region.

In Delhi’s satellite cities, the air quality improved slightly, but it is only a small improvement.

The Commission noted that it is necessary to implement Stage III of GRAP with immediate effect in the entire NCR due to unfavourable meteorological conditions with slower wind speed and sudden spike in farm fire incidents while thoroughly reviewing the overall air quality parameters during Saturday’s emergency meeting of CAQM.

The CAQM also observed that the wind direction is anticipated to change directions frequently during the next few days and is predicted to be CALM. Therefore, there is a great possibility that the contaminants will get stuck in the area and not be adequately distributed.

The CAQM also urged NCR residents to assist in implementing GRAP and adhere to the procedures outlined in the Citizen Charter under GARP. A 9-point action plan in accordance with Stage III of GRAP was also made applicable over the entire NCR.

According to the official release, the 9-point action plan consists of measures that must be carried out/ensured by various organisations, including the Pollution Control Boards of NCR and DPCC.

Egypt President to be chief guest for Republic Day celebrations 2023