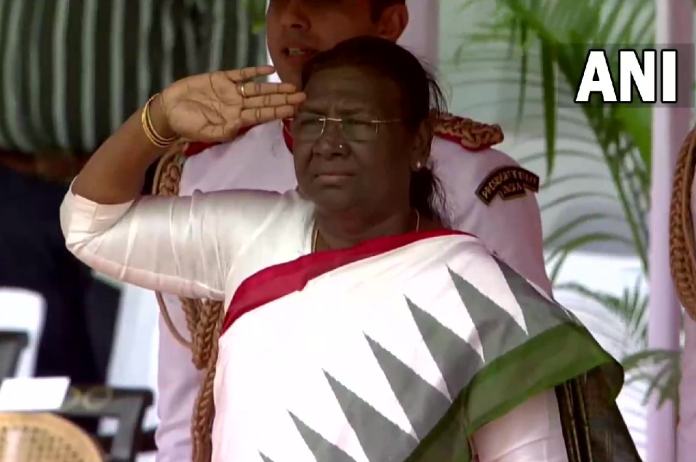 New Delhi: India becomes witness to the historic oath-taking ceremony of its first Tribal woman President. Droupadi Murmu, is a teacher-turned politician who hails from the state of Odisha. 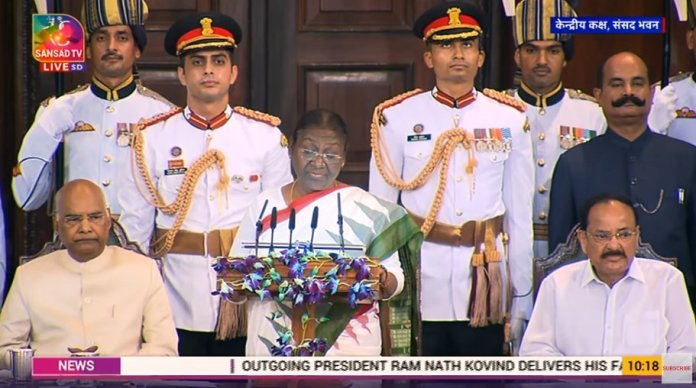 However, the roots of public service was deeply rooted in her family. Her brother, father and grandfather were village heads under the Panchayati Raj system.

Droupadi Murmu went on to marry Shyam Charan Murmu who was a banker by profession. The couple had two sons and a daughter, Itishri Murmu. She lost her husband in 2014 and both her sons. 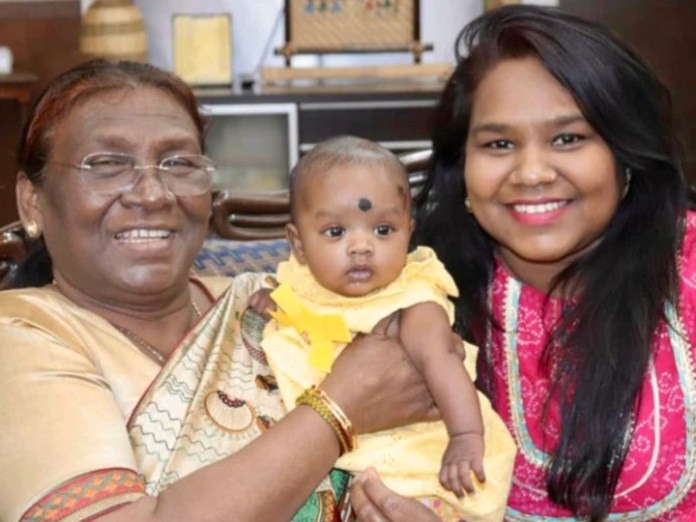 However, working against the odds that life threw at her, she went on to pursue her education. She graduated in Arts from the Ramadevi Women’s College in Bhubneshwar.

Droupadi Murmu has  worked as a Junior Assistant in the Irrigation and Power department in the Odisha government. She has also worked as an honorary assistant teacher in Shri Aurobindo Integral  Education and Research Institute in Rairangpur.

Murmu made her way into the political galleries with sheer hard work and determination. She joined the Bhartiya Janta Party (BJP) in 1997. She was elected as the councilor of the Rairangpur Nagar Panchayat.

She further became the Chairperson of Rairangpur Nagar Panchayat. She has also served as the National-Vice President of the BJP Scheduled Tribes Morcha.

She held various ministerial positions while the BJP was in coalition government with the Biju Janta Dal (BJD). She served as Minister of State with Independent Charge for Commerce and Transportation for 5 months (March 6, 2000 to August 6, 2000). 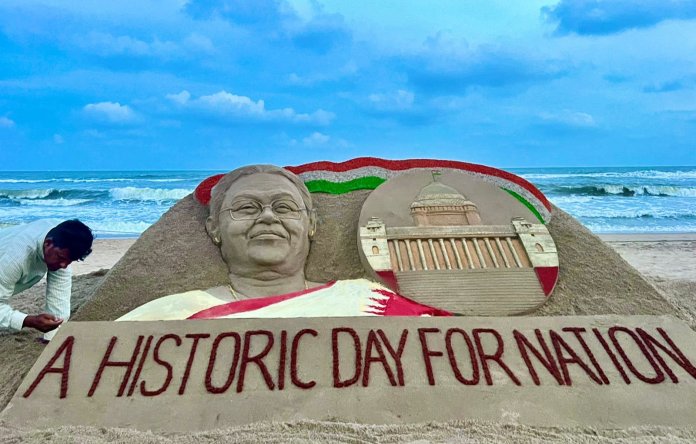 She also served as the Minister of Fisheries and Animal Resources Development from August 6, 2002 to May 16, 2004 while she was the MLA from the Rairangpur Assembly Constituency.

She had some run-ins with the government of Jharkhand when in 2017 the Jharkhand Legislative Assembly approved bills seeking amendments in the Chhotanagpur Tenancy Act, 1908, and the Santhal Pargana Tenancy Act, 1949.

Murmu refused to give assent to the bills passed by house. The amends ensured rights to the Tribal for making commercial use of their land while not giving away the ownership.

Draupadi Murmu has a strong spiritual connection with Rajasthan. She has been associated with Brahma Kumari Foundation at Mount Abu. Draupadi Murmu has seen many struggles in her life. In just six years between 2009 and 2015, she lost her husband, two sons, mother and brother. During this time, she began to follow the meditation techniques of Brahma Kumari deeply. She also learned Raj Yoga to relieve stress. The meditation technique he learned helped overcome serious personal tragedies in his life. 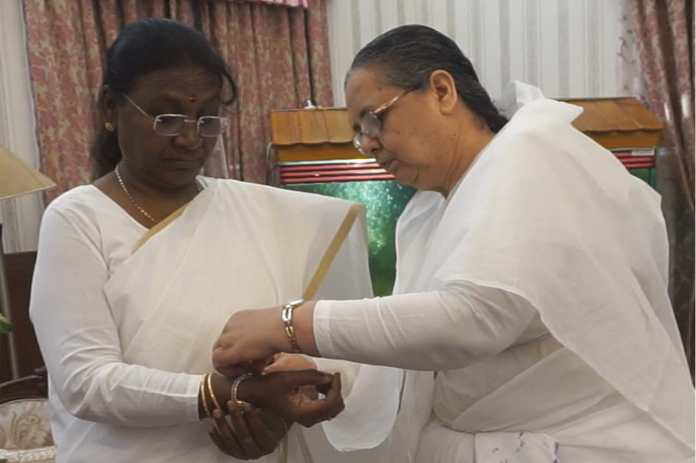 The newly elected President of the country, Draupadi Murmu, who is working to transform the lives of crores of people through spirituality in many countries of the world. She is not only deeply attached to the Divine University but also lives the life of an ascetic like her and is trying to change the lives of the people as an active member of the foundation. 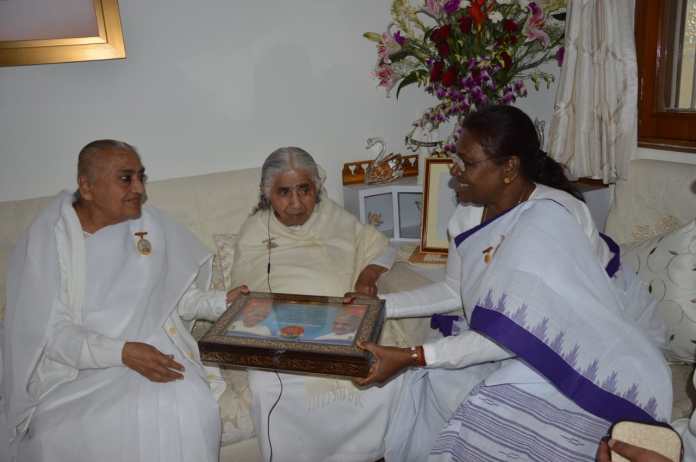 Murmu has an emotional connection with the formless ‘Shiv Baba’ of this unique institution. This was mentioned by Murmu herself during a program at Mount Abu, the headquarters of the Institution when she was the Governor of Jharkhand, a few years ago. She also gave credit to Shiv Baba for all her achievements. She said, “Today I have joined you in the latent Murli class. I feel proud, Baba has called me many times. Whatever I am in, I am because of Baba.” 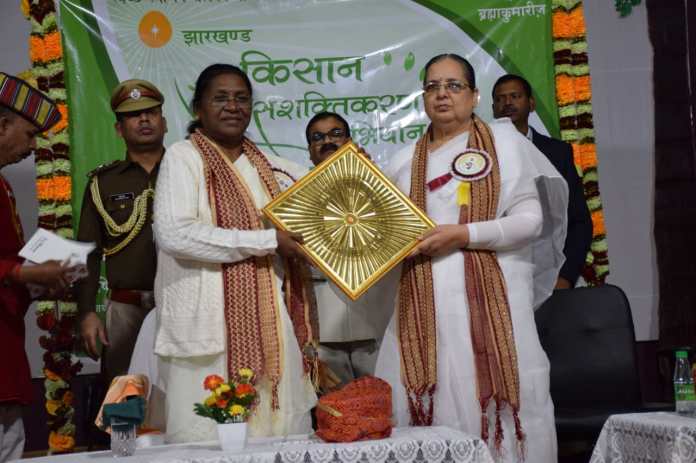 Following the death of her sons and husband she was highly depressed. She found solace in spirituality and joined the Brahma Kumari foundation. She first came in contact with the foundation in 2009 while she held the position of Governor of Jharkhand.

It was really hard for Droupadi Murmu to cope with deaths of her loved ones. However, the Brahma Kumari sisters gave her love and affection. The food was fed and she slept in the dock. She was in depression. Gradually, she realized that some innate power was supporting her. Draupadi Murmu changed her life and routine and undertook penance to become a Raja Yogi . In the beginning, it was difficult, but she did not back down. Along with the Brahma Kumari sisters, she went from village to village and tried to change the lives of the people they encountered in pain and suffering. 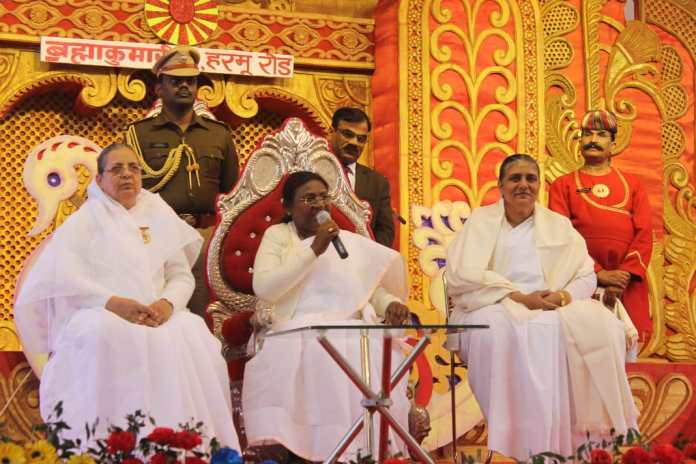 After becoming the governor it became difficult for her to visit the Brahma Kumari Centre due to protocols that were to be followed. But she was reluctant to carry on with her spiritual practices and did not gave up on Raja Yoga. Even when she was in Raj Bhavan she stuck to her routine. As a governor she got the opportunities to reach out to many Brama Kumari centers throughout the nation.

There is a wave of happiness among the sisters of Brahma Kumari when Droupadi Murmu became the President of India. Murmu says that Shiva Baba choses his disciples and not the other way round for the divine services. She says that Baba choses his children who live in forests. She says she is not aware of the fact that how much she  loves Baba, but Baba loves certainly loves her very much. 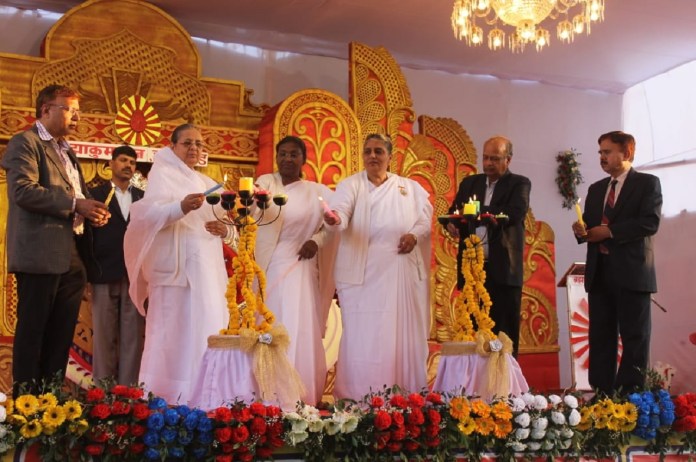 The foundation believes for someone like Droupadi Murmu to become the President is going to help in the betterment of lives of the citizens of the nation. She is set inspire millions of people to bring about positive changes in life by instilling in them moral and cultural values and spirituality.