Kharge to take charge as Congress president on October 26 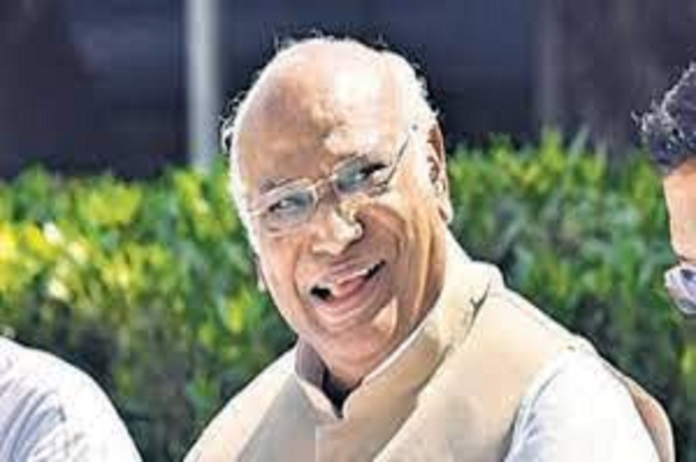 New Delhi: Newly elected Congress president Mallikarjun Kharge will take over his new assignment at a function at the All India Congress Committee (AICC) headquarters on October 26.

The certificate of his election to the post will also be presented to him at the function on the day and he will assume his new role from then on, news agency PTI reported.

Kharge, who won the Congress presidential election in a landslide victory against Shashi Tharoor, received 7987 votes, while Tharoor managed to secure 1072 in his favour.

Over 9,000 Congress delegates across India voted to choose their party chief on October 17.

Kharge in his first address after the big win said, “I want to congratulate my partner Shashi Tharoor as well. I met him and discussed how to take the party forward. I want to thank Sonia Gandhi on behalf of all party workers. Under her leadership, we formed our government in the centre twice.”

Kharge is the first non-Gandhi to head the 137-year-old party in 24 years and succeed long-time chief Sonia Gandhi.

Mallikarjun Kharge, who started his political career from university elections, is close aide of the Gandhi family. After student politics, he became the leader of the workers.

Kharge was born on 12 July 1942 in Varavatti, Bidar district of Karnataka. Born in a farmer’s family, Kharge did his LLB after completing his schooling, graduation from Gulbarga and started practicing law here.

In 1969, Kharge joined the Congress party and three years later, in 1972, for the first time, was elected MLA from the Gurmeet assembly seat in Karnataka. Let us tell you that he has been elected MLA nine times in this seat. He was also made a minister several times during the Congress government in Karnataka.