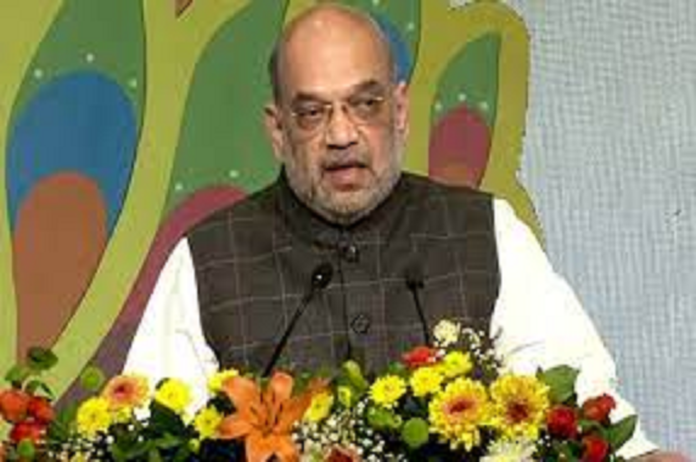 Joshimath Sinking: Union Home Minister Amit Shah presided over a high-level meeting on Thursday to examine the situation in Joshimath, a town in Uttarakhand where soil subsidence is harming the lives of hundreds of residents.

In the aftermath of land subsidence, Shah presided over a conference with Union Ministers Nitin Gadkari, RK Singh, Bhupendra Yadav, and Gajendra Singh Shekhawat on issues relating to highways, electricity supply, water scarcity, and the environment in Joshimath. Other senior officials from the Ministry of Home Affairs, including Home Secretary Ajay Bhalla, were present for the approximately 40-minute meeting at the Home Minister’s residence.

As of today, approximately 720 buildings in the Joshimath city region have reportedly developed fractures owing to soil sinking. Residents have been relocated to safer areas as part of the restoration process, even as geologists and scientists work to determine the causes of sinking in the ecologically sensitive region.

In the meeting, Shah assessed the situation and directed that relief measures be implemented. It was also learned that the National Disaster Management Authority, senior officers from Uttarakhand, and experts from IIT Roorkee, National Institute of Disaster Management, Geological Survey of India, and Wadia Institute of Himalayan Geology were present via video conferencing.

The Home Minister was informed that the district administration is assisting impacted families in evacuating and relocating to safer locations with appropriate food, shelter, and security.

Construction projects in the region have been halted, and the government has appointed a committee to investigate the incident and the situation that has arisen as a result of the sudden crisis.

The Uttarakhand government has also directed that the installations that pose a hazard to the neighbouring buildings be surveyed and demolished.

The Uttarakhand government has also offered a Rs 45 crore compensation package for residents in Joshimath, where big fissures have emerged in homes and on roads. Pushkar Singh Dhami, the Himalayan state’s chief minister, has also proclaimed a relief package for approximately 3,000 people afflicted by progressive soil subsidence.

The Chief Minister further announced that the state disaster administration has awarded each family Rs 50,000 as a non-adjustable one-time special grant for transportation of commodities and essential requirements.

Joshimath, on the Rishikesh-Badrinath National Highway (NH 7), serves as an overnight stop for visitors to the sacred temples of Badrinath and Hemkund Sahib, as well as the tourist spots of Auli and the Valley of Flowers.