JDU chief Rajiv Ranjan Lalan Singh Saturday hit back at the poll strategist Prashant Kishor saying that the latter is a "businessman". 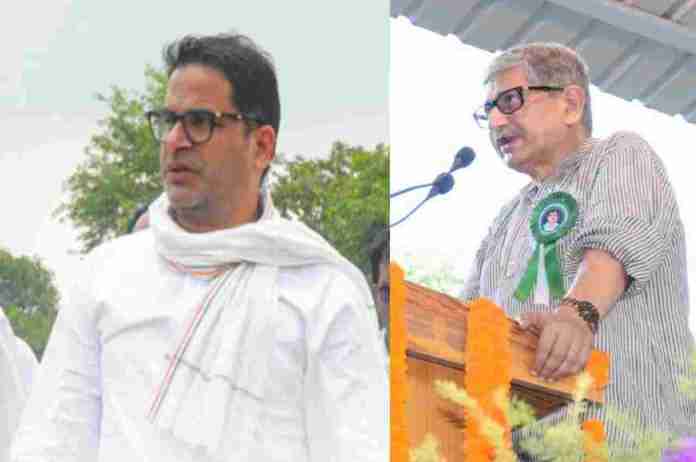 New Delhi: Janata Dal United (JDU) chief Rajiv Ranjan Lalan Singh Saturday hit back at the poll strategist Prashant Kishor saying that the latter is a “businessman”. JDU chief claimed that he was not “called” instead he himself wanted to meet CM Nitish Kumar.

Said the JDU chief: “He’s a businessman and does marketing to increase his business. No offer was given to him (to join JDU). He himself wished to meet the CM…”

Ranjiv Ranjan further alleged that Kishor lied to media about being ‘called’ by the JDU for talks.

He said, “A time of 4pm was set for him to meet the Chief Minister, but 2 hours before that, he told media that he’s called but he will not go, CM will wait. This is all a part of marketing.”

He said that Bihar CM Nitish Kumar ultimately told him to meet the party’s national president. “We talked for 1.5 hours in Delhi; told him to work within the party discipline and that everyone should accept the party’s decision irrespective of different opinions,” he said.

It is worth noting that the JDU – one of the ruling coalition parties – and political strategist Kishor have been exchanging digs at each other for weeks.

However, a meeting of CM Kumar and Kishor created speculation if the two will come along once again.