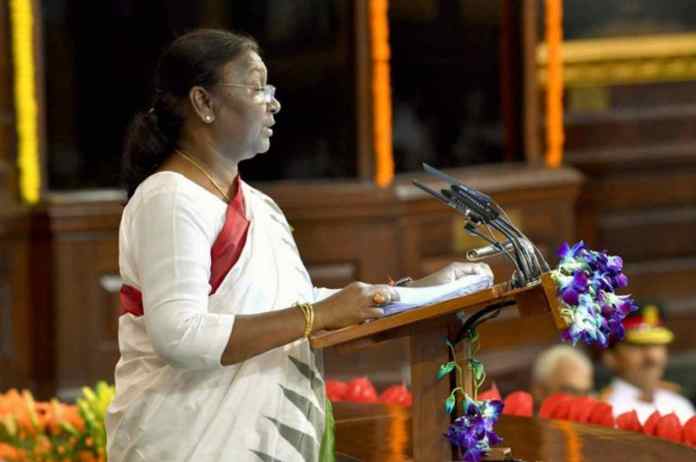 New Delhi: President Droupadi Murmu will deliver her maiden address to the nation today, August 14, on the eve of Independence Day.

The address will be broadcast from 7 pm on the entire national network of All India Radio (AIR) and telecast over all channels of Doordarshan in Hindi followed by the English version.

The broadcast of the address in Hindi and English on Doordarshan will be followed by a broadcast in regional languages by regional channels of Doordarshan.
Prime Minister Narendra Modi will address the nation from the ramparts of Red Fort on August 15.

People are enthusiastically taking part in the ‘Har Ghar Tiranga’ campaign under the aegis of Azadi Ka Amrit Mahotsav to mark the 75th year of India’s independence.

The ‘Har Ghar Tiranga’ campaign commenced on Saturday and will run till August 15.
‘Har Ghar Tiranga’ is a campaign under the aegis of Azadi Ka Amrit Mahotsav to encourage people to bring the Tiranga home and to hoist it to mark the 75th year of India’s independence.

Azadi Ka Amrit Mahotsav is an initiative of the Government of India to celebrate and commemorate 75 years of independence and the glorious history of India’s people, culture and achievements.