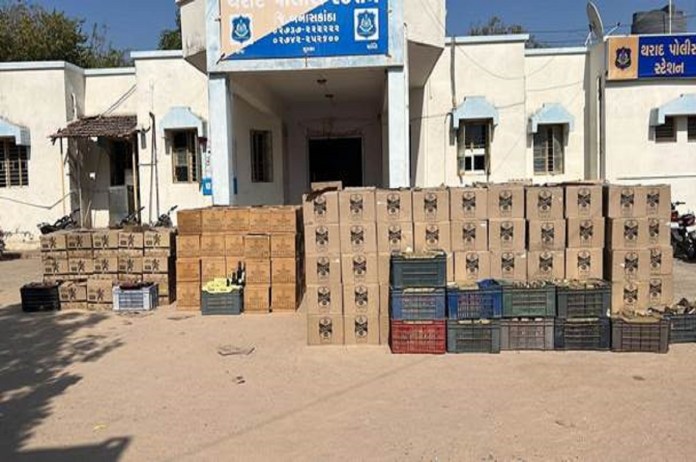 New Delhi: Cash, drugs, liquor and freebies worth over Rs 290 crore have been seized in Gujarat ahead of the state elections. The seizure is more than 10 times what the state recovered throughout the entire 2017 assembly election.

The meticulous planning, exhaustive reviews and expenditure monitoring through a host of enforcement agencies has led to record seizures in the poll-bound Gujarat, the Election Commission said.

“One significant ongoing seizure process of heavy consignment of drugs is led by a team of officers of ATS Gujarat which is carrying out an operation in Vadodara (Rural) and Vadodara City,” the commission said in a release.

The team has identified two mephedrone drug manufacturing units and unearthed about 143 kg of mephedrone (synthetic drug) worth about Rs 478 crore. They have detained five persons from Nadiad and Vadodara and a criminal case is being registered in ATS Police Station, Ahmedabad under relevant sections of the NDPS Act, 1985.