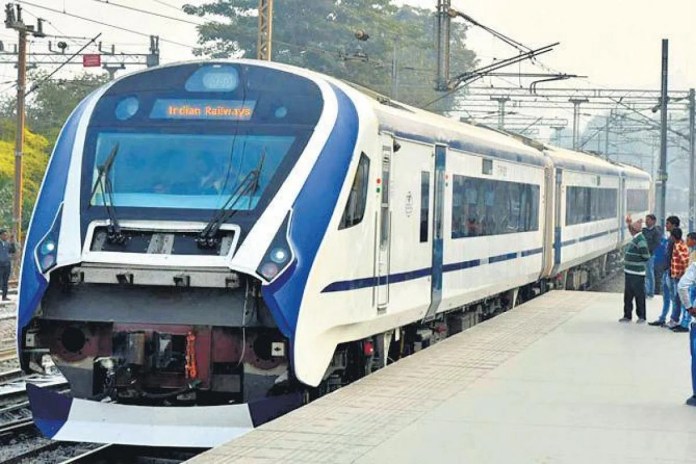 Vande Bharat Train: A top official in the railway ministry, approximately 300-400 new Vande Bharat trains may be unveiled in the Union Budget 2023-24, according to The Economic Times.

The official told ET that it is anticipated that the gross budgetary support (GBS) that will be given to the national transporter will exceed the Rs 1.37 trillion amount set out in the Budget 2022–23.

According to the official, this allocation for the Indian Railways will be the highest one ever when it is announced in the 2019 union budget.

Another official told ET that some of the funds will also be used to create new tracks, which would help the Indian Railways reduce congestion and get ready for the future.

In order to double the length of the current tracks within the next 25 years, officials believe that 100,000 kilometres of new tracks must be installed.

The first official quoted above added that the existing Dedicated Freight Corridors (DFCs) have already begun to near saturation. “The approach should move towards multi tracking in congested portions of the Railway network to ease freight movement with the goal of 3000 million tonnes per annum of goods being ferried by 2030,” the official said to ET.

Estimates predict that this year’s freight growth will range from 8.5 to 10%. This will rise to 12–14% annually as the railroad routes become less congested.

An statement addressing the sleeper class for overnight trips on Vande Bharat trains, which typically have chair-car coaches, is anticipated in the Union Budget 2023–23.