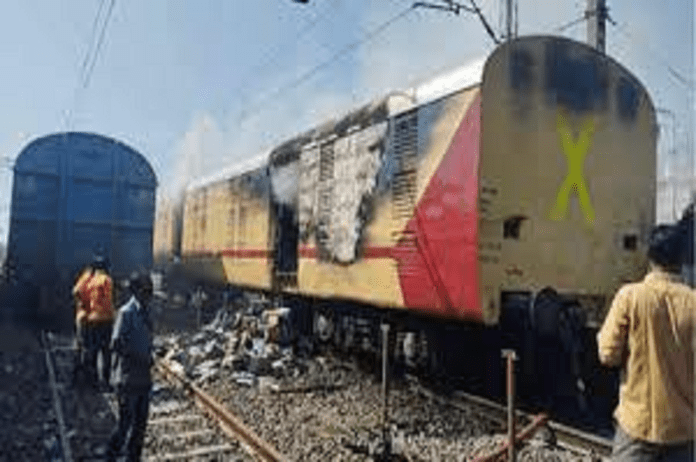 Nashik: A fire broke out in the luggage compartment of the Shalimar LTT Express on Saturday near Nashik in Maharashtra, according to officials.

According to the Central Railways, the fire incident occurred at 8.43 am. The passenger bogies were undamaged by the fire.

“Near Nashik, there was a report of a fire in the Shalimar LTT Express’s luggage area. The train’s luggage compartment came apart. bogies for passengers unaffected “Central Railway said.

“Luggage compartment/Parcel van which was next to the engine has been detached from the train and soon train will re-start safely,” said the Chief Public Relations Officer (CPRO) of Central Railway (Mumbai).

The main reason of fire is yet to be known. More information is awaited.

An instance of a fire outbreak was reported here earlier on Thursday, and the Pune Fire Brigade said that five fire tenders had arrived at the godown on Ahmednagar Road in Sopan Nagar as a result.

Meanwhile, an explosion of an LPG gas cylinder on Wednesday caused a fire to start on the terrace of Mumbai’s Chhabildas English Medium School. Three persons were injured in the fire, and three of them were later admitted to Sion Hospital, according to the Brihanmumbai Municipal Corporation (BMC), which also stated that two automobiles that were parked on the school’s property were damaged.