Farooq Abdullah steps down as party president, elections next month 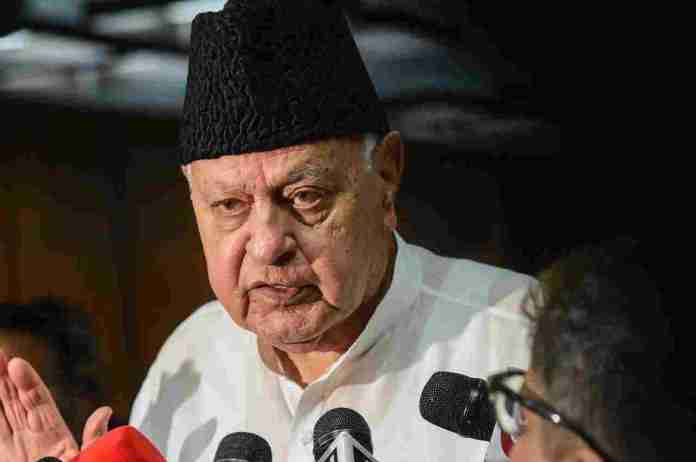 Srinagar: Former Jammu and Kashmir chief minister Farooq Abdullah on Friday announced decision to step down as National Conference President saying it is time for the new generation to take over.

“I will not be contesting for the post of president any longer. The elections for the post will be held on December 5. It is time for the new generation to take over the responsibilities,” Abdullah told news agency PTI.

“Anyone from the party can contest for the post. It is a democratic exercise,” he added.

A party spokesman said Abdullah informed his colleagues of his decision to step down.

“In spite of the best efforts of senior colleagues, Dr Sahib (Farooq Abdullah) was adamant that he wouldn’t review his decision,” he added.

It is learnt that the party will be conducting elections for the next chief in the first week of December.

“In light of this sudden announcement which has caught everyone by surprise, the party General Secretary, as per the party constitution, has been tasked with conducting the election for party President which will be completed on December 5. Until that time Dr Sahib continues as President of the party,” the spokesman said, as reported by news agency UNI.

It is speculated that the 85-year-old Abdullah will assume the role of party patron and his son Omar Abdullah, currently the party’s vice-president, is likely to succeed him as the new chief.