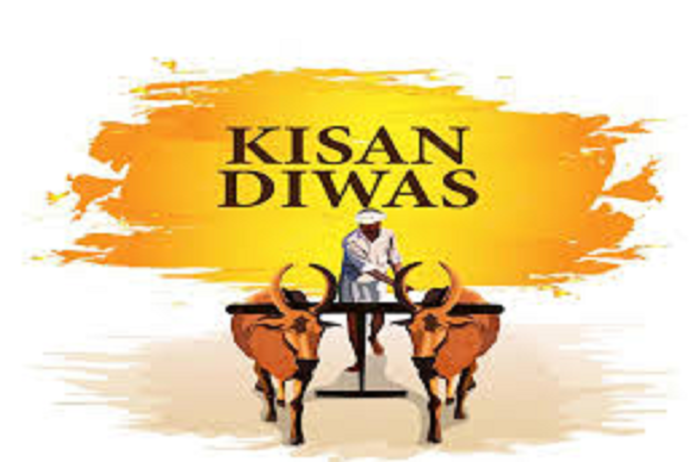 Farmers Day (Kisan Diwas) 2022: December 23 is celebrated as Farmers day (kisan Diwas) across the country in the honour of former Prime Minister Chowdhary Charan Singh. He was one of the greatest leader of famers. During his tenure (1979-1980) as the Prime Minister, he initiated several policies to improve the lives of Indian farmers.

A special day is dedicated to the contributions of farmers in India. On this day many debate programs, ceremonies, seminars and competitions are organized on agriculture.

Gratitude is expressed to the farmers on Farmers Day. This day has a special attachment with former PM Chaudhary Charan Singh. Chaudhary Charan Singh, the fifth Prime Minister of India, was born on 23rd December, who started many policies for the welfare of farmers and to improve their conditions in the society.

Chaudhary Charan Singh served the country as Prime Minister from July 1979 to January 1980. The birthday of former Prime Minister Chaudhary Charan Singh is celebrated as Farmer’s Day because he did many welfare works in the interest of the farmers. He had started this even before becoming the Prime Minister. In 2001, the then government named Charan Singh’s birth anniversary as Kisan Diwas. Chaudhary Charan Singh belonged to a farmer’s family. A believer in living a simple life, Singh spent most of his free time reading and writing. He wrote many books and pamphlets during his lifetime. Some of his famous works are Cooperative Farming X-Ray, Abolition of Zamindari, India’s Poverty and its Solution.

Awareness about farmer’s role in economy

Along with celebrating December 23 as Farmers Day, people are made aware about the importance of farmers in the national economy. People are educated about farmers and their role in the economy. Many types of programs are organized for this.