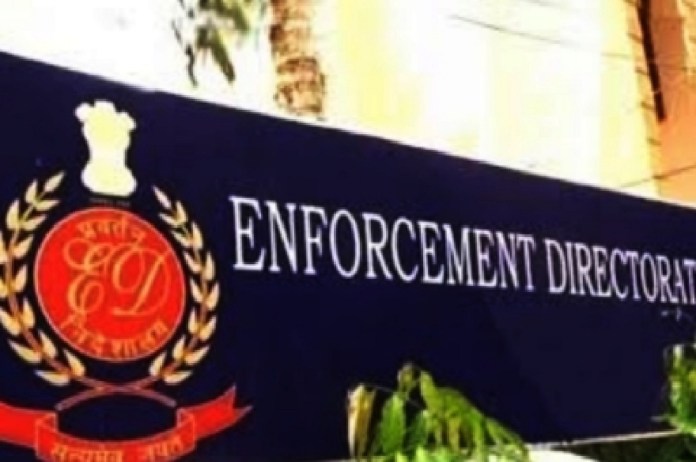 New Delhi: The enforcement directorate (ED) on Monday said it has attached assets worth more than Rs 205 crore of a Chennai-based chemicals manufacturing company and its promoters under the Prevention of Money Laundering Act (PMLA).

The development comes days after the Madras High Court refused to entertain the firm’s plea against the action initiated by the federal probe agency.

The agency issued a provisional order under the Prevention of Money Laundering Act (PMLA) to attach the properties of MGM Maran, MGM Anand and their company Southern Agrifurane Industries Private Limited, it said in a statement, mentioning the total worth of the attached assets, which is Rs 205.36 crore.

“MGM Maran was the Chairman of Tamilnad Mercantile Bank Limited (TMBL) during the year 2007 when he along with other directors/officials of the TMBL had facilitated a deal of sale of 23.60% shares of TMB from Indian shareholders to unauthorised overseas persons,” the ED said.’

“It was also found that MGM Maran acquired undisclosed foreign investments of Rs 293.91 crore directly outside India during the same period. Such undisclosed investments were without the approval of RBI as well as from unexplained and highly dubious sources,” it added.

The ED said “in order to escape the reach of Indian laws, MGM Maran surrendered his Indian citizenship and obtained Cyprus citizenship”.

“Not only that, it was also found that MGM Maran also started transferring his wealth from India to overseas in order to keep the same out of reach of the Indian law enforcement agencies in the garb of overseas direct investments from Southern Agrifurane Industries Private Limited,” it said.

In October, the company filed a writ petition against the ED proceedings before the high court and obtained an interim stay on the proceedings by making “mis-representation” before the court, the agency said.

“The ED, in its detailed counter-affidavit, explained the entire background and facts of the case and the Hon’ble Madras High Court on December 19 dismissed the writ petition and upheld that the company, by making false declaration, has induced the bank to deliver valuable foreign exchange and such remittance in the hands of the wholly-owned subsidiaries of the company, situated outside India, would constitute proceeds of crime,” it said.

Accordingly, the ED said, it has attached assets in the form of the entire shareholding of Maran and Anand in all prominent MGM Group companies in India, land and buildings in Southern Agrifurane Industries Private Limited as well as Maran’s entire shareholding (3.31 per cent) in TMBL that was recently listed on the Bombay Stock Exchange (BSE).