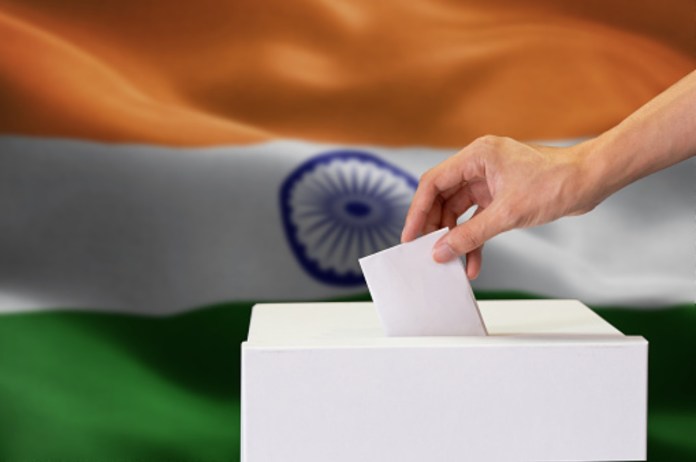 New Delhi: The Election Commission of India will celebrate 13th National Voters’ Day on January 25 in the national cpaital. President Droupadi Murumu will be the Chief Guest at the national function.

Union Minister for Law and Justice, Shri Kiren Rijiju will grace the function as Guest of Honour. The theme for this year’s NVD, ‘Nothing Like Voting, I Vote for Sure’ is dedicated to voters which conveys individual’s feeling and aspiration towards participation in the electoral process through power of their vote.

The logo is designed to showcase festivity and inclusivity of the electoral process. Ashoka Chakra in the background represents the largest democracy of the world, whereas the inked finger represents participation of each and every voter of the country. The tick mark in the logo stands for informed decision making by the voter.

During the event in New Delhi, the President will present the National Awards for the year 2022.

National Awards for the Best Electoral Practices will be presented to State and District level officers for their outstanding performance in the conduct of elections during 2022 in different spheres such as IT initiatives, Security Management, Election Management, Accessible Election, Electoral Roll and contribution in the field of voter awareness and outreach.

National Awards will also be given to important stakeholders like government departments and media organizations for their valuable contribution towards voters’ awareness.

A first copy of the ECI Publication ‘Electing the First President- An illustrated Chronicle of India’s Presidential Elections’ will be presented to the President by Chief Election Commissioner Rajiv Kumar.

The book, which is the first of its kind publication, gives glimpses into the historic journey of Presidential Elections in the country. It throws light on the nuances of the Presidential Electoral system and associated constitutional provisions through the timelines of the past 16 Presidential elections.

An ECI song- “Main Bharat Hoon- Hum Bharat Ke Matdata Hain” produced by ECI in association with Subhash Ghai Foundation, will also be screened. The song brings forth the power of vote and celebrates the spirit of inclusive, accessible, ethical, participative and festive elections in the largest and most vibrant democracy of the world.

Since 2011, National Voters’ Day has been celebrated on January 25 every year, all across the country to mark the foundation day of the Election Commission of India, i.e. 25th January 1950.

The main purpose of the NVD celebration is to create electoral awareness amongst citizens and encourage them to participate in the electoral process. Dedicated to the voters of the country, the National Voters’ Day is also used to facilitate enrolment of voters, specially the newly eligible young voters.

New voters are felicitated and handed over their Elector Photo Identity Card (EPIC) in the NVD functions held across the country.

NVD is celebrated at the national, state, district, constituency and polling booth levels, which makes it one of the largest celebrations in the country.