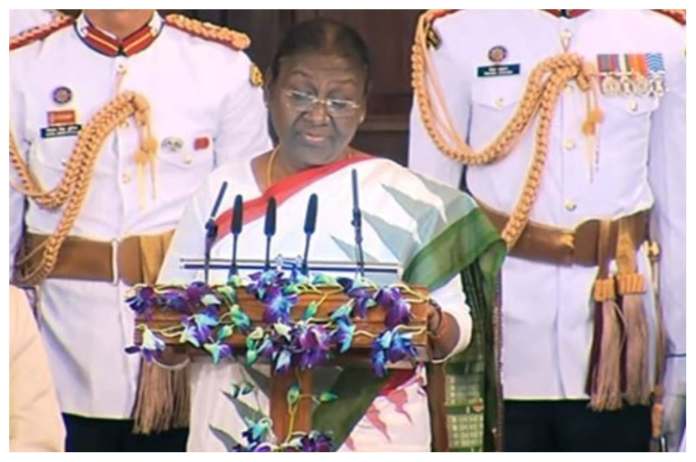 Droupadi Murmu is the first person born after independence and the youngest person to hold the top post. Murmu is the second woman President of the country after Pratibha Patil.

A 21-gun salute was given to Droupadi Murmu after the swearing-in.

“I have been born in that tribal tradition which has carried on life in harmony with nature for thousands of years. I have realized the importance of forests and water bodies in my life. We take necessary resources from nature and serve nature with equal reverence. In my life so far, I have experienced the meaning of life in public service,” Droupadi Murmu said at the ceremony.

Droupadi Murmu had secured more than 64 per cent valid votes in the counting of ballots of MPs and MLAs including the electoral college to become the new President of the country. Sh won by a huge margin against the opposition candidate Yashwant Sinha.

All the MLAs except one MLA from Kerala voted for Sinha while Droupadi Murmu got all the votes from Andhra Pradesh. She is the first president to be born after independence and the youngest to hold the top post. She is also the second woman to become president.