‘Drone from Pak’: BSF forces shoot down drone in Amritsar 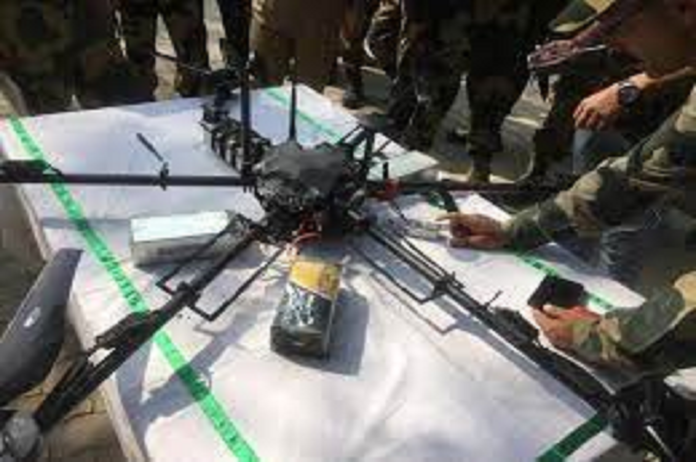 ‘Drone from Pak’: Border Security Force (BSF) personnel on christmass day found a drone, thought to have come in from Pakistan’s side, near the border fence in the Amritsar area, according to a BSF statement.

BSF forces deployed at the border detected a buzzing sound coming from a suspicious-sounding flying object close to Rajatal village in the Amritsar area. The army fired upon the Unmanned Aerial Vehicle to stop it. After that, a search effort was started, and a drone was eventually found.

“On December 25, 2022, at around 1940 hours, Border Security Force soldiers stationed at the border noticed the buzzing sound of what they believed to be a drone or flying object entering Indian territory from Pakistan in the vicinity of Village-Rajatal in District-Amritsar.

The soldiers fired in an attempt to intercept the drone as per the training. The entire area was sealed off, and the Police and any relevant sister agencies were notified, according to a statement from the BSF.

The statement said, “Further, during the search BSF personnel found one drone (Quadcopter) lying in farmland fields ahead of the border fence.”

We are anticipating more details.

The BSF has prevented a number of drone penetration attempts.

On December 21, BSF soldiers destroyed a drone that had crossed the international border from Pakistan into India through Daoke Border Outpost (BoP) in the Amritsar sector.

“The Pak drone that had crossed into India at 1920 hours in the AOR of BOP Daoke in the AOR of the 144 Bn, Amritsar sector, was discovered this morning in Pak territory, 20 metres inside their territory, across from the AOR of BOP Bharopal. When anti-drone procedures were implemented, it hovered in the skies for a short while before falling “In a statement on Wednesday, BSF said.

On November 26, security personnel stationed at Daoke Border Outpost (BoP), in the Amritsar sector of the international border between India and Pakistan, shot down a suspected flying object coming from the Pakistani side.

Six bullets from the INSAS rifles of the security guards brought down a drone.

Later, it was discovered to be a quadcopter drone bearing the DJI Matrice 300RTK brand, built in China, resting in a field close to the border. There were also a couple cameras discovered mounted on the drone.