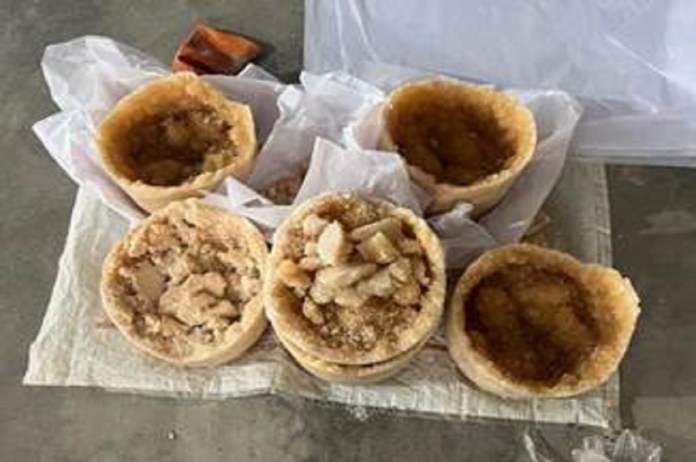 New Delhi: The Directorate of Intelligence Revenue (DRI) on Monday seized 25 kg of Mephedrone worth around Rs 50 crore during raids on two clandestine manufacturing labs at Hyderabad. Seven people have also been arrested in connection with the case.

“Officials of the DRI seized 24.885 kg of Mephedrone in finished form, valued at Rs. 49.77 crore in the grey market, along with in-process materials, sale proceeds of Rs. 18.90 lakh, key raw materials, machinery and vehicles used for trafficking,” the statement added.

Acting on the basis of specific intelligence, DRI started a swift and well-coordinated operation on 21st Dec, 2022, and busted the two clandestine labs.

“Seven persons carrying out the manufacturing in these two locations were arrested and remanded to judicial custody,” the statement said.

The mastermind and main financier of this activity, who was attempting to flee to Nepal with cash of Rs 60 lakh, was nabbed at Gorakhpur.

“This coordinated action is in line with the exhortation of the Home Minister & Finance Minister to the officials, with emphasis on going after the big fish and catching main handlers and perpetrators/financers in drug cases,” the statement said.

“Neutralising of the clandestine labs and apprehending of the entire drug syndicate has dealt a blow to their plans for committing nefarious activities in the wake of new year and thereafter,” it added.