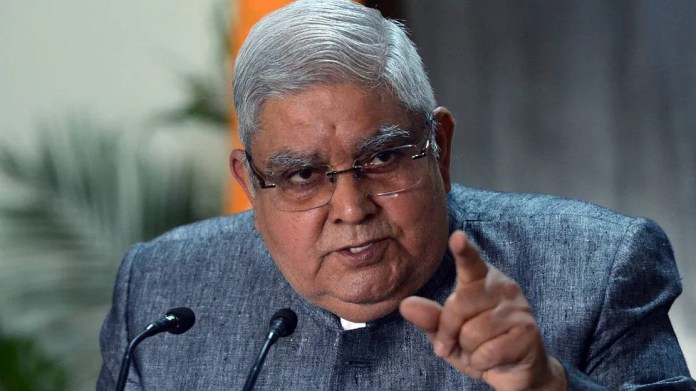 New Delhi: The National Democratic Alliance (NDA) candidate Jagdeep Dhankhar has been proclaimed the victor of the vice presidential elections conducted on August 6.

“NDA candidate Jagdeep Dhankhar won by 346 votes as he bagged 528 of the total 725 votes that were cast. While 15 were termed invalid, Opposition candidate Margret Alva received 182 votes in the election,” Lok Sabha General-Secretary Utpal K Singh, who was the returning officer for the poll, told reporters.

The Rajya Sabha and Lok Sabha MPs made up the total number of eligible voters, which was 780. The officer stated that 725 votes were cast, making the overall voter turnout 92.94 percent.

On August 11, the day after current Vice President Venkaiah Naidu’s term is set to expire, Dhankhar, 71, will be sworn into office.

Before his nomination was made public last month, Dhankhar was the governor of West Bengal. Margaret Alva, a former Union minister and five-term Congress member, was Dhankhar’s opponent. The vast majority of the opposition parties supported her candidacy.

Dhankhar served as the governor of West Bengal prior to the announcement of his nomination last month. Dhankhar’s opponent was Margaret Alva, a former Union minister and five-term Congresswoman. Her candidacy was backed by the vast majority of the opposing parties.

Prior to the announcement of his nomination last month, Dhankar was the governor of West Bengal. Margaret Alva, a former Union minister and five-term congresswoman, was Dhankhar’s rival. The vast majority of the opposing parties supported her candidacy.

Alva, on the other hand, was expected to receive around 200 votes on the basis of the electoral strength of the political parties that extended support to her. With 182 votes being officially registered in her favour, it remains to be seen whether the Opposition block was hit by cross-voting.