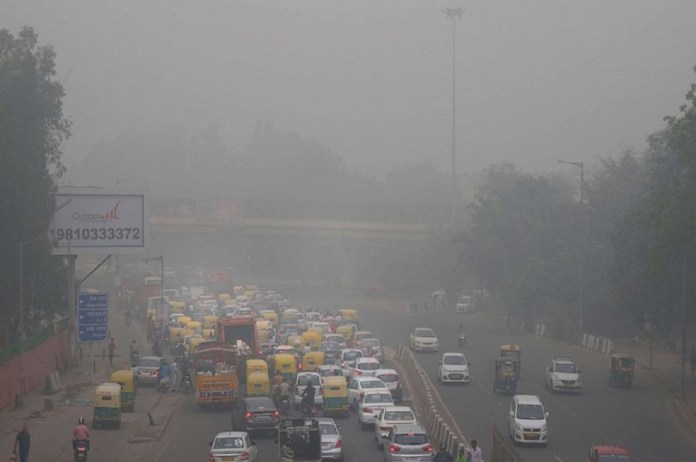 New Delhi: The national capital’s air quality remained in the’very poor’ category on Thursday morning, with an overall Air Quality Index (AQI) of 303, according to the System of Air Quality and Weather Forecasting And Research (SAFAR).

The city’s overall AQI was 329 on Wednesday morning. The National Capital Region (NCR) also continued to suffer from poor air quality, with Noida recording an AQI of 309.

Meanwhile, Gurugram’s air quality was “moderate,” with a reading of 144 on the AQI metre.

The AQI at all major monitoring stations in the national capital was also in the’very poor’ range.

Following an improvement in the quality of air in the national capital, primary schools reopened on Wednesday after being closed since November 5 due to a Delhi government order.

Delhi Environment Minister Gopal Rai announced on Monday that primary schools will reopen today (November 9) and that the ban on outdoor activities for classes above them has been lifted.