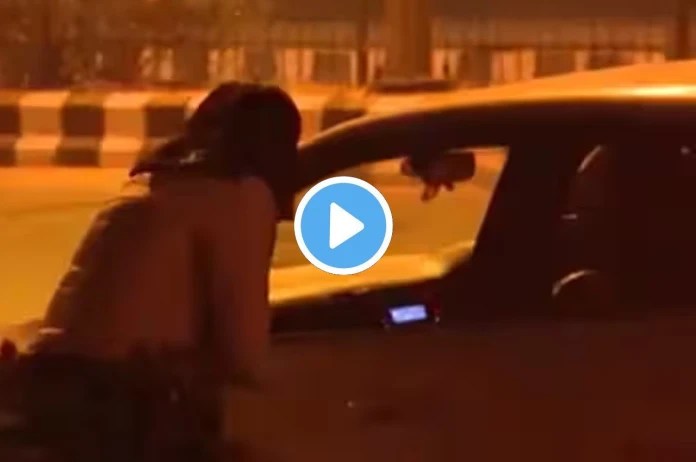 New Delhi: A day after Delhi Commission for Women (DCW) chief Swati Maliwal alleged that she was dragged and molested outside AIIMS in the national capital, a video has surfaced where she was seen confronting the driver.

In a viral video, the DCW chief refuses to accept the ride offered by the driver. She said, “Sorry. I can’t hear you. Where will you drop me off? I have to go home. My relatives are on the way.”

Maliwal alleged that the car went away but returned in a while, offering to drop her off again. To which, Maliwal went to the driver’s side to confront him.

In the video, she was heard saying, “Where do you plan to drop me off? This is the second time you have come. I am saying repeatedly that I don’t want this.”

Maliwal said that her arm was stuck in the video and the driver started the car, dragging her for at least 15 meters.

Earlier, the DCW chief said, “Late last night I was inspecting the situation of women’s security in Delhi. A car driver molested me in an inebriated condition and when I caught hold of him, he locked my hand in the car window and dragged me. God saved life. If the Chairperson of the Women’s Commission is not safe in Delhi, then imagine the situation.”

However, the Delhi Police has arrested a person identified as Harish Chandra hailing from city’s Sangam Vihar in Delhi.

DCP South Chandan Chowdhary stated that Maliwal said she was with her team outside the All India Institute of Medical Sciences (AIIMS) here at around 2.45 am. She has alleged that, at that time, the accused approached her in an inebriated state.