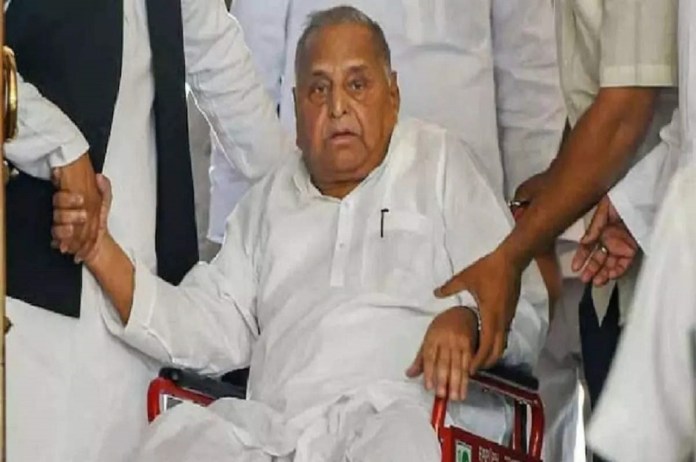 He said by doing that, the government has ridiculed Netaji’s work for the nation while adding that the SP Patriarch should have given Bharat Ratna instead.

The SP leader tweeted, “By giving Padma Vibhushan award posthumously to Netaji Shri Mulayam Singh Yadav, the Government of India has ridiculed Netaji’s personality, work and contribution towards the nation. If Netaji had to be respected then he should have been honored with Bharat Ratna.”

The SP Patriarch got the Padma Vibhushan for his contribution in the field of public affairs.

However, along with Swami Prasad Maurya, there is also Mainpuri MP Dimple Yadav who are not happy with the country’s second highest civilian honour and demanding the Bharat Ratna.

She said, “The way Netaji was of stature, he should have got Bharat Ratna already. I request the government that Netaji should get Bharat Ratna.”

Dimple Yadav who is the daughter-in-law of Mulayam Yadav has took over the legacy of Mainpuri seat in Uttar Pradesh after the demise of Mulayam Singh Yadav.