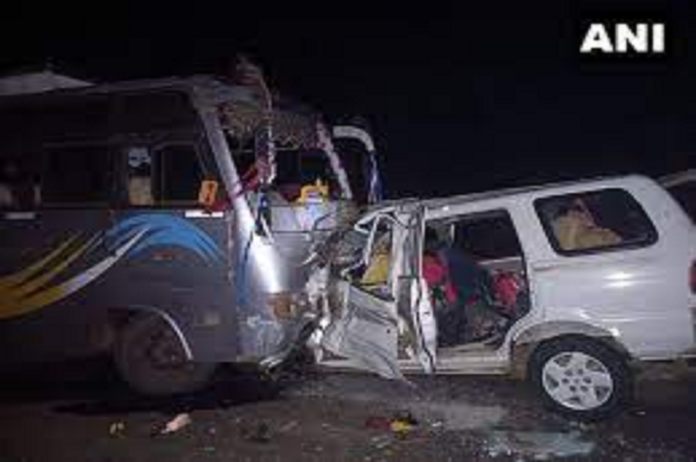 Betul: In an unfortunate road accident 11 people were killed and one person sustained critical injuries after an SUV they were travelling in collided with a bus near Jhallar police station in Betul in the wee hours of Friday, an official said.

Betul, Madhya Pradesh | 11 people died in a bus accident which collided with a car near Jhallar police station. One injured person has been admitted to a hospital: SP Betul Simala Prasad pic.twitter.com/aNPQmt5VIF

Betul Superintendent of Police (SP) Simala Prasad informed that the SUV-Bus collision took place around 2 am. When a bus without passengers was running on the road and suddenly the SUV, which was coming from the Amravati collided head-on with the bus.

“ SUV was carrying 11 people, including the driver and all of them died on accident spot. The SUV ram into the bus. All the people who lost their life were labourers. They had been working at Kalamta village in Amaravati district for the last 20 days. They left from Amaravati at 9 pm on Thursday and met with an accident,” She added.

The injured person is undergoing treatment in the hospital. Further investigation into the matter is underway.