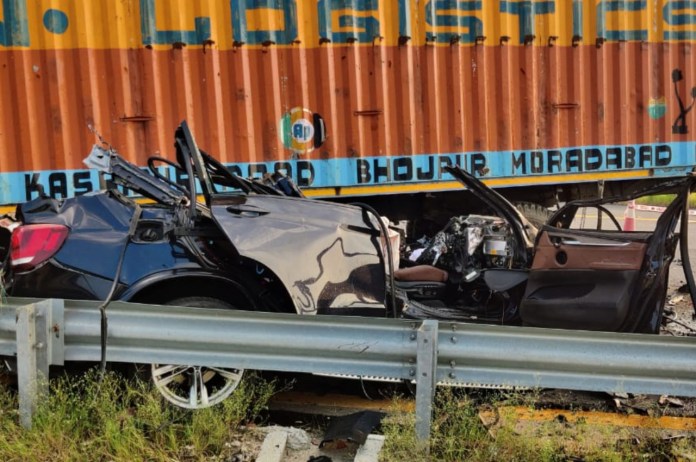 New Delhi: In a major accident on Purvanchal Expressway, at least four reportedly have been killed as a speeding BMW car collided with a container near Sultanpur, media reports say.

The traffic is currently moving on one side of the highway as the one side has caved in the past due to heavy rains.

Traffic on the highway was initially stopped before being redirected by officials of the Uttar Pradesh Expressways Industrial Development Authority (UPEIDA) following death of four persons in a separate incident.

District Magistrate Raveesh Gupta said, “A part of the expressway in Haliyapur police station limits caved in on Thursday night. The UPEIDA security officer reached the spot and set up a diversion.

“Most of the repair and maintenance work was completed by Friday morning.”

Reacting to the expressway caving in, the Congress tweeted in Hindi, “UP’s Purvanchal Expressway has caved in. Thousands of crores were spent (to build it), but it could not bear the rain. A car entered a 15-feet big pit. Just before the UP (Assembly) elections, PM Modi had inaugurated the incomplete (‘aadhe adhure’) expressway. Now, the result is out. Modi ji…