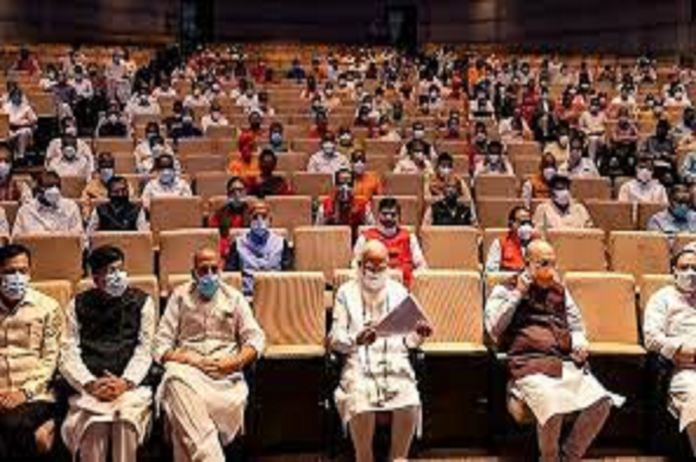 Meanwhile, Gujarat Bharatiya Janata Party (BJP) state president CR Paatil has organised a dinner on Tuesday evening in the national capital to celebrate the party’s biggest victory in the recently held assembly polls in the state.

Sources said that the idea of such a gathering and BJP parliamentary party meeting were suggested by Prime Minister Narendra Modi.

This dinner has been invited to all National Democratic Alliance (NDA) MPs and their spouses at the Delhi Gymkhana club in the national capital.

Personalized invitation letters have been sent to all MPs, according to sources, and CR Paatil has personally called these MPs to invite them to the Tuesday evening dinner.

The top brass of the BJP, including Prime Minister Narendra Modi, are also expected to attend the dinner. Keeping the scale of the victory in mind, it is also said that the menu for the evening will be a combination of Gujarati as well as north Indian dishes.

During that meeting, the Prime Minister said that worker follows the footsteps of Paatil, success is guaranteed.

Everyone in the meeting congratulates CR Paatil and gave standing ovation in the regard. Ministers  congratulated him on the BJP’s resounding victory.

The results of the Gujarat Assembly elections were announced on December 8, with the BJP winning 156 of the 182 seats, the highest number of seats won by any party since the state’s formation in 1960. The party went on to form a government for the seventh time in the state’s history. Bhupendra Patel was re-elected as chief minister of Gujarat.