Bihar Agriculture Min cites ‘many thieves’ in department, claims himself being their ‘sardar’ 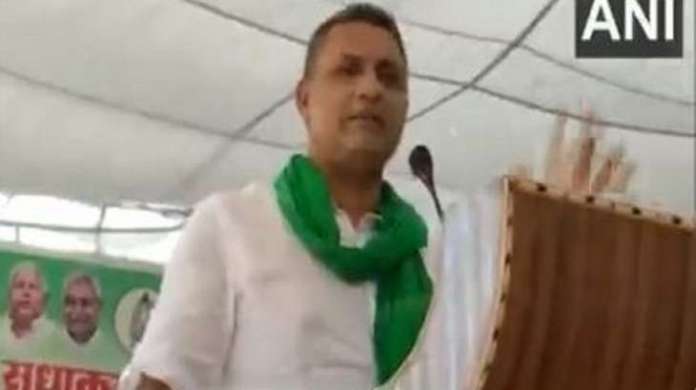 New Delhi: Sudhakar Singh, the agriculture minister for Bihar, has stirred up controversy by asserting that his department is full of thieves and that he is their “sardar” (chieftain).

The minister in the Nitish Kumar administration further asserted that there were other Sardars above him.

Singh criticised the Bihar coalition government led by Nitish Kumar while speaking to a crowd in Kaimur.

“There is not a single wing of our (agriculture) department that does not commit acts of theft. As I am the in-charge of the department, I become their Sardar. There are many other chieftains above me too. The government has changed, but the working style remained the same. Everything is the same as before.”

He claimed that the Bihar State Seed Corporation stole almost Rs 200 crore under the pretence of helping farmers.

“The farmers who had to cultivate good quality paddy, do not take paddy seeds of Bihar State Seed Corporation. Even if they take it for some reason, they do not put it in their fields. Instead of giving relief to the farmers, the seed corporations steal Rs 100-150 crore.”

Singh continued to criticise the minority affairs minister Mohammad Jama Khan and the Janata Dal (United) legislator from Chainpur without identifying them, claiming that although though Khan had previously served as a minister in the administration, the situation of the local population had barely improved.

“Now there are two ministers from the district. Even after that, if the situation does not change, then what is the benefit of becoming a minister? Kaimur district is full of corrupt officials.”

While he served as a minister in Nitish Kumar’s government in 2013, there are suspicions of a rice fraud.
The Bharatiya Janata Party (BJP) criticised the coalition administration over Singh’s appointment as Minister in the new Magagathbandhan government.

“They should see the court’s order in the matter. Allegations are always made but not always true.

If the swindle occurred, it did so while they were in power. Why did they not pursue this at the time? Regarding the BJP accusing him of being involved in the rice scam, Singh stated.