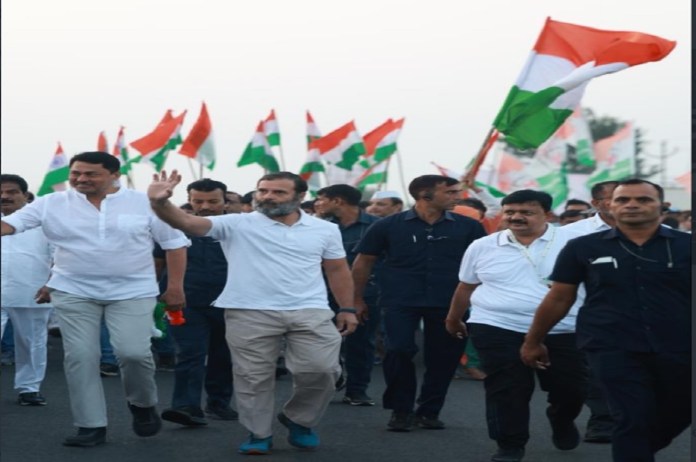 Mumbai: Former Congress chief Rahul Gandhi has resumed ‘Bharat Jodo Yatra’ on Thursday morning from Loha town in Nanded district. Gandhi will halt briefly at some places during the procession to interact with people.

The ‘Bharat Jodo Yatra’ entered its 64th day on November 10. The mass outreach programme of the Congress began in the Maratha land on November 7 after spending 15 days in Telangana.

The Telanagana Congress chief A. Revanth Reddy had handed over the national flag to MPCC chief Nana Patole as a symbol of the commencement of “Yatra” in Maharashtra.

The Wayanad MP will walk 106 km in Nanded district within 5 days. The district is a stronghold of Congress leader Ashok Chavan who is a former Chief Minister of the state during the time United Progressive Alliance (UPA).

We proceed today from Loha, Nanded to take this remarkable journey forward.