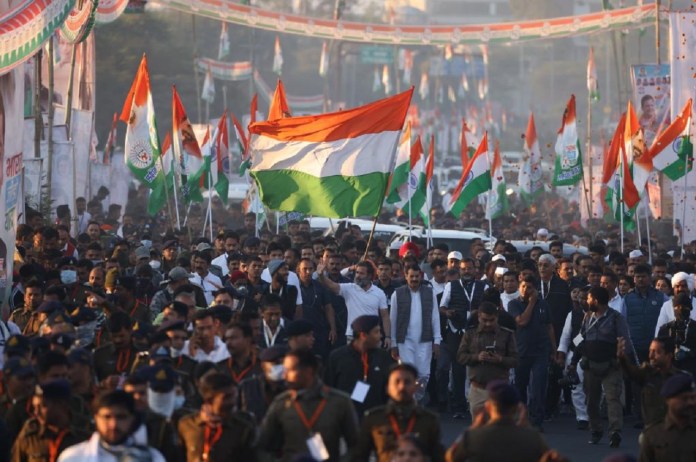 Taking to the Twitter, actor Swara Bhaskar said, “Joined Bharat Jodo Yatra today and walked with Rahul Gandhi. The energy, commitment and love is inspiring! The participation and warmth of common people, enthusiasm of Congress workers and RG’s attention and care toward everyone and everything around him is astounding!”

In another significant event during the ‘padyatra’ in Madhya Pradesh, Senior Congress leader Priyanka Gandhi Vadra participated in the rally along with her son Raihan Vadra.