Assam Police rescues another batch of over 20 cattle heads 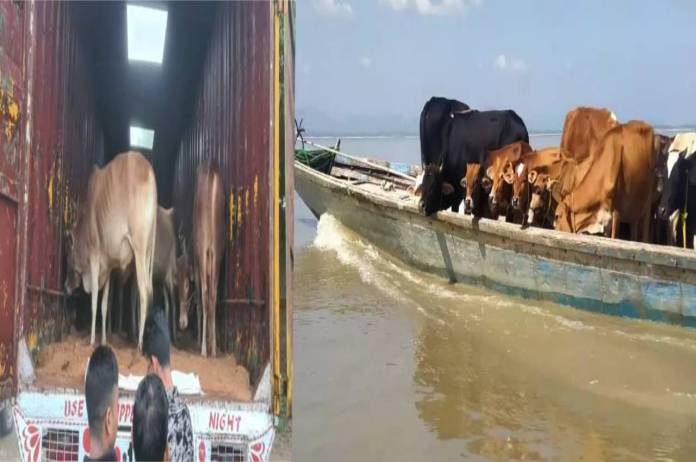 Guwahati: The Assam Police on Monday informed that a truck smuggling over 24 cattle from Jorhat in Assam to Meghalaya has been intercepted. Meanwhile, two smugglers hailing from Morigaon district were also arrested.

Assam police have become vigilant against cow smuggling as such incidents are being increasingly reported. The police have been conducting multiple raids to bust such spots where cattle are being smuggled.

At least 19 cattle heads were rescued in a joint operation by the Pancharatna river police and the Goalpara police. The police had also captured a mechanised boat from the Brahmaputra River in the Goalpara district of Assam.

On October 28, the Nagaon Police informed about detaining a 12 wheeler truck and a Tata DI vehicle carrying 23 cattle heads.

A day before that, on October 27, the police said as many as 23 cows were again rescued from the clutches of the smugglers. However, the smugglers managed to flee.