Amid Congress’ meeting over OPS’ status in Himachal, BJP submits memorandum to Guv 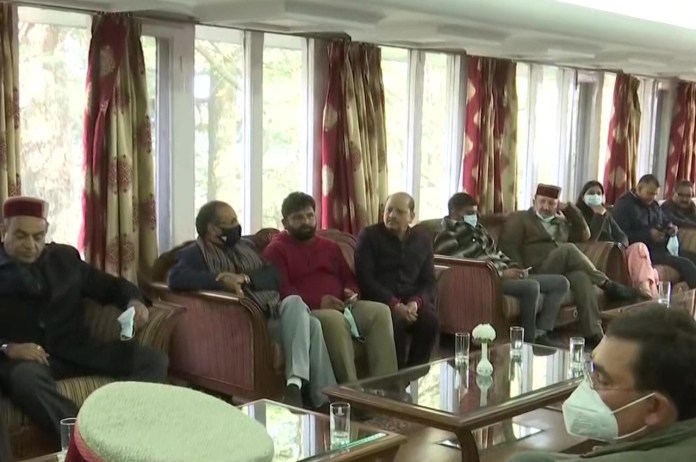 New Delhi:  A delegation of the Bharatiya Janata Party (BJP) on Sunday submitted a memorandum to Governor Rajendra Vishwanath Arlekar against the Congress party accusing the latter of denotoifying decisions taken by the previous government.

This comes on the day when the Congress party has scheduled a meeting to discuss over bringing back the Old Pension Scheme (OPS) in the hill state.

Himachal Pradesh Chief Minister Sukhvinder Singh Sukhu on Sunday said the Congress will bring back the Old Pension Scheme (OPS) and meeting will be held today for discussion to build strategy.

“Old Pension scheme will be implemented. We have called a meeting today regarding that. We’re going to give the Old Pension scheme to our workers who have contributed to the development of the state,” said the Himachal CM.

The grand-old party had campaigned in the hill state promising to implement the OPS again which was scrapped by earlier government.

The OPS was one of the significant agenda on the list of Congress to convince people to bring them in power. In all her rallies, Senior Congress leader Priyanka Gandhi Vadra strove to tell people how the previous government did injustice by doing away with the scheme for the state employees.

As the Congress returned to power after a gap of five-year-term in the Himachal Pradesh, the party began to focus all its efforts on restoring the OPS.

Meanwhile, the former Chief Minister of Himachal Pradesh, Jairam Thakur, said, “In Himachal Pradesh, the institutions which were once functional are being denotified. We have requested HP Governor and PM Modi to review the situation & are also examining legal options.”

In Himachal Pradesh, the institutions which were once functional are being denotified. We have requested HP Governor & PM Modi to review the situation & are also examining legal options: Ex-CM Jairam Thakur pic.twitter.com/6LJSAkoPV7

The National Democratic Alliance (NDA) had scrapped the OPS in December 2003 which was later replaced by the National Pension Scheme (NPS), implemented on April 1, 2004.

The state employees were extremely anguished by the NDA’s move of doing away the OPS.