Agni V missile: Know all about the long-range missile of India! 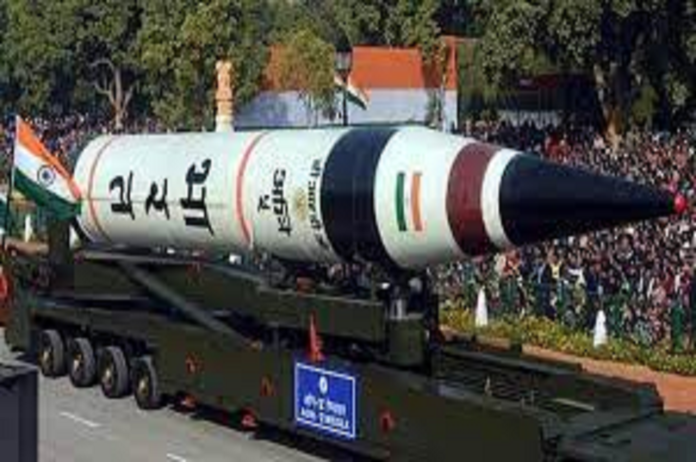 The latest test comes amid Chinese and Indian troops face-off near the Line of Actual Control in Tawang, Arunachal Pradesh. Agni-5 can strike targets at ranges ranging from 5,000 to 5,500 km, putting major Chinese cities, including the capital Beijing, within its reach.

Days after successfully testing the nuclear-capable Agni-5 ballistic missile, India has developed the capability to strike targets beyond 7,000 kilometres away. Here know about Agni V missile:

According to military sources, the Defence Research and Development Organization (DRDO) was able to reduce the weight of the Agni-5 missile by replacing steel content with composite materials.

“The weight reduction that has been achieved in the missile system is beyond 20 per cent and if the government wants, the nuclear-capable strategic missile can go beyond 7,000 kms,” they said.

The 7,000km range of the missile, which is part of the Strategic Forces Command, will provide planners with a variety of options during clash period.

Because India has a no-first-use policy, its nuclear weapons programme is primarily for deterrence against its adversaries, including China and Pakistan.

It has been working on improving its second strike capability and developing a submarine-launched ballistic missile.

According to the sources, the government will have to decide whether to test the missile for its new maximum possible range.