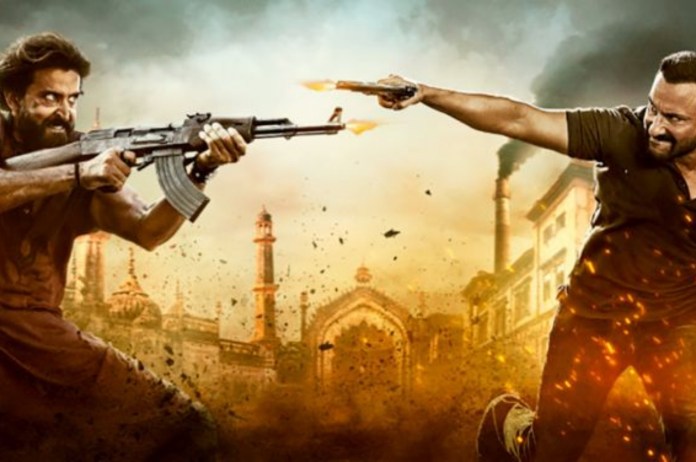 New Delhi: Starring Saif Ali Khan and Hrithik Roshan, the neo-noir action thriller Vikram Vedha has met with extremely positive reviews from the critics and the movie-goers. However, the film failed to perform magic at the box office. The film had a lukewarm last week and failed to mint big numbers on its Monday.

According to early box office estimates, the Pushkar-Gayatri directorial, which is an official adaptation of their own Tamil blockbuster film of the same name starring R Madhavan and Vijay Sethupathi, has garnered Rs 5.5 crore on its debut Monday, according to a report in Bollywood Hungama. This brings the film’s total box office earnings to about Rs 42.5 crore, up from Rs 36.94 crore in its opening weekend.

According to the report, Vikram Vedha’s collections dropped by 48% on Monday, October 3. This decrease might be ascribed to the fact that the Hindi dubbed version of the original 2017 film has been streaming online and has been telecast several times on national television since the remake’s international theatrical debut on September 30.

In addition to the two male stars, Radhika Apte, Sharib Hashmi, Rohit Saraf, Yogita Bihani, and Satyadeep Mishra play important roles in the recently released film. Unlike the original, which was set in Chennai, Tamil Nadu, the Hindi film is set in Lucknow, the capital city of Uttar Pradesh.