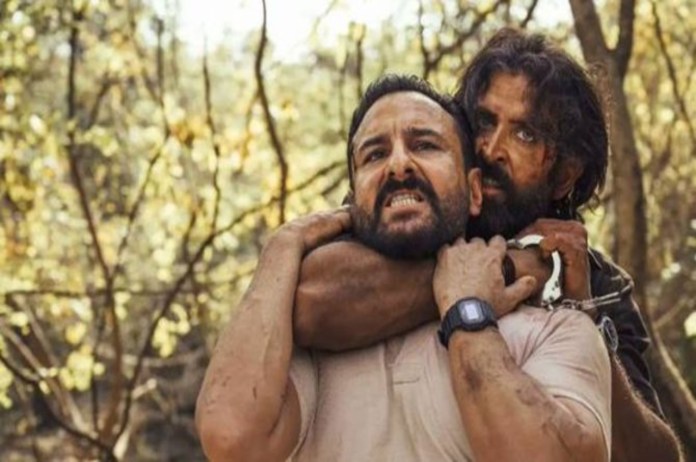 New Delhi: Saif Ali Khan and Hrithik Roshan starrer film showed growth on Sunday, which also happened to be a National Holiday because of Gandhi Jayanti. On Day 3, the film collected around ₹15 crores, which means the total weekend collection to around ₹38 crores.

According to reports on Boxofficeindia.com, the film collected Rs 14.5 -15 crore on Sunday. On the first day, the film managed to collect Rs 10.58 crore meanwhile on day 2, it collected Rs 12.51 crore. The film has tough competition with Mani Ratnam’s epic period drama Ponniyin Selvan I.

The plot of the film is based on an Indian folktale ‘Vikram aur Betaal’. It has full of twists and turns. The story shows a tough cop Vikram (Saif Ali Khan) sets out to track and hunt a gangster Vedha (Hrithik Roshan).

While talking about the two-hero film with Bollywood actor Saif Ali Khan, Hrithik told PTI, “First time in 22 years of my career, I felt this pull to safeguard myself. I felt an instinctive pull that I have to be very real because I am opposite an actor, who is the most real performer.”