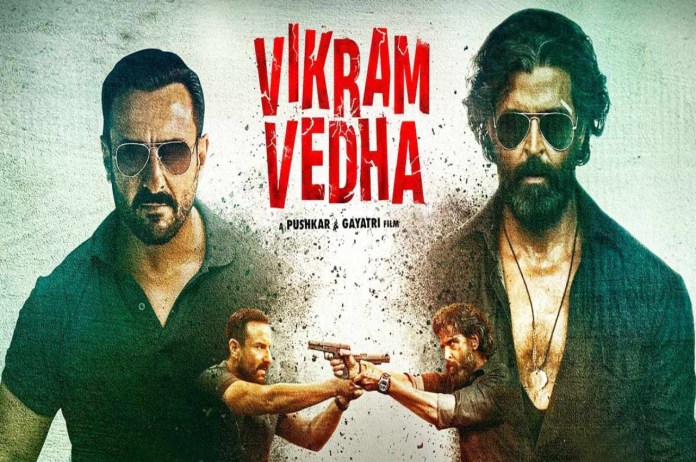 New Delhi: Hrithik Roshan starrer has managed to collected around ₹10 crore at the box office, the film has clashed with Mani Ratnam’s Ponniyin Selvan: I, and has collected approximately between Rs. 11.25 to 12.25 crores on its opening day, as per the Bollywood Hungama.

As per the report on Boxofficeindia.com, Vikram Vedha didn’t perform well in states like Gujarat and Maharashtra. The box office numbers have been affected due to Navratri and Dussehra festivities.

While talking about the two-hero film with Bollywood actor Saif Ali Khan, Hrithik told PTI, “First time in 22 years of my career, I felt this pull to safeguard myself. I felt an instinctive pull that I have to be very real because I am opposite an actor, who is the most real performer.”