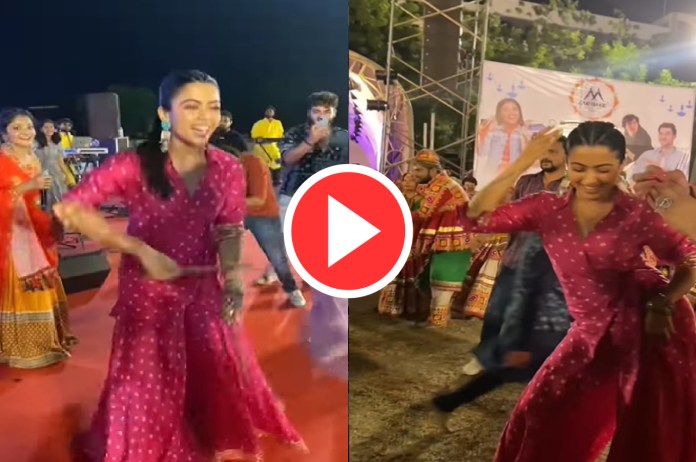 New Delhi: South star Rashmika Mandanna is currently busy promoting her upcoming Bollywood film ‘GoodBye’ across the cities. She recently reached Ahmedabad for the promotion, and there she played dandiya fiercely.

In this video, Rashmika is seen doing tremendous garba in an Indian look, and her expressions and smile are making people’s hearts beat. This video of Rashmika Mandanna has been covered on social media, which fans are watching again and again.

The video is shared by ViralBhayani has shared the video on his Instagram account, which has got thousands of likes so far. Seeing this video, fans are commenting fiercely and are not tired of praising the actress. Talking about the comment section, one user praised his expression while commenting, while many users shared a heart emoji.

‘Goodboy’ is a family-drama film directed by Vikas Bahl. In the film, Amitabh Bachchan and Rashmika Mandanna are going to be seen together on the big screen for the first time. Neena Gupta, Pavail Gulathi, Elli Avram, Sunil Grover, Sunil and Sunil Mehta will appear in supporting roles in the film. The film will release on October 7, 2022.