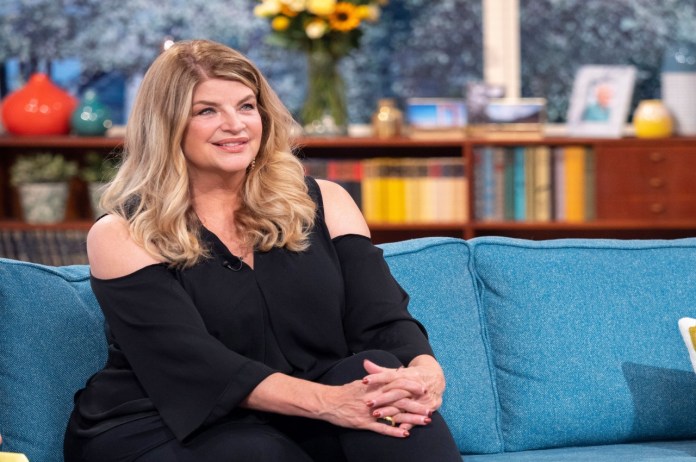 New Delhi: Beautiful Hollywood actress Kirstie Alley has died after a battle with cancer. The actress was 71 years old. Alley Parker’s children, True and Lillie Parker confirmed the news on Monday, December 5, in a statement to PEOPLE.

Their statement read, “We are sad to inform you that our incredible, fierce and loving mother has passed away after a battle with cancer, only recently discovered. She was surrounded by her closest family and fought with great strength, leaving us with a certainty of her never-ending joy of living and whatever adventures lie ahead. As iconic as she was on screen, she was an even more amazing mother and grandmother.”

The statement further read, “Our mother’s zest and passion for life, her children, grandchildren and her many animals, not to mention her eternal joy of creating, were unparalleled and leave us inspired to live life to the fullest just as she did. We thank you for your love and prayers and ask that you respect our privacy at this difficult time.”

After hearing the news of Kirstie Alley’s demise, fans are paying tribute to her on social media as well as remembering her and writing about her. Kirsty Alley gained popularity in the year 1987 with the character of Rebecca Howe on NBC’s ‘Cheers’. After this role, she became a star overnight and made a distinct identity in cinema. The fan following of the actress was great and will remain so.

When she played Rebecca Howe on Cheers in 1987, Kirstie Alley became a well-known actress. She had taken Shelley Long’s place and stayed on the show through its last season. For her work in the show, Kirstie even won a Golden Globe for best actress and an Emmy for outstanding lead actress.

In 1982’s Star Trek II: The Wrath of Khan, Alley made her acting debut as Lieutenant Saavik, a Vulcan Starfleet officer. She then starred in a number of smaller movies, such as One More Chance, Blind Date, and Runaway. Alley played the lead role in the sitcom Veronica’s Closet in 1997.

Later in her career, she starred as the lead in her own show, Kirstie, for which she was paid. She made The Masked Singer earlier this year, which was her last TV appearance.